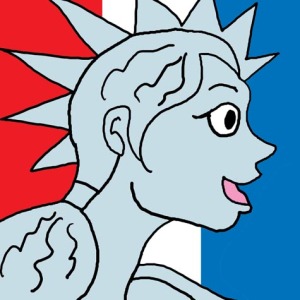 I finally got around to launching the new web site.  I paid over $150 a year for Typepad service.  And like typical modern business people, they decided to irritate me to death for this.  I had to periodically remind them that I was one of their elite customers who pays, not gets a free ride.  But they didn’t seem to get the message.  So off I go, yet again.

I left Blogspot because they lost or jumbled my archives as well as letting anyone come along and censor me.  Censorship is a big issue with me because I step on many toes while doing analysis.

Analysis without toe-stomping is false analysis.  We have to put up with people saying things we don’t want to hear if we want to hear things that irritate us.  Our entire schooling and media system is set up so it can operate as a barrier to seeing the world clearly.  We live in a universe which doesn’t give two hoots, what sort of limitations we wish to impose on it.

I will continue to cross-post stories to my old blog for a while until everyone catches up and comes over to the new site.  I will be doing things differently here because of the features they have on this site.  I hope to make a series of improvements and welcome feedback from readers.

I hope everyone is patient with me as we make this move.  One thing I must do is an archive crossing scheme.  My in-house staff [the kids] should help out with this scheme.  I probably won’t do that this week because of lack of time.  But as the winter snows fall, my outside work slows down and I have more time to fiddle with things  here.

Comments on the opening page will be enabled so feel free to comment!  Thanks for the patience and all the previous donations that makes this work so rewarding.

Here is an attempt at making a poll here: Click on this link to participate.

OBAMA WINS IN MASSIVE BLOW OUT!

I have to go to bed but I want everyone here to know that one of Obama’s people reads this blog. I hope that he provides us with great leadership and the most important thing a leader must do is LISTEN and CHOOSE CAREFULLY.

Bush loved to say, ‘I’m the leader who leads’ and other noxious things. Then he set off with great determination to do whatever he wanted, damn the Constitution, damn the entire planet and above all, damn the American people.

Some Americans were happy with this sort of mindless leadership. It took us off the same cliff that all dictators who ignore everyone fall off of: like Saddam, Bush seemed to only have a talent for making enemies or making a fool of himself.

He was a spoiled brat, son of a very connected family that should have raised him properly. Instead, Mama Bush let her son torture small animals, skip out on doing his school work and then he grew up to drink, take drugs and evade the draft with a powerful Daddy’s help. Papa Bush was worse than Mama Bush. He spoiled his son totally, gave him every advantage which his son tossed off the cliff. Bankrupting companies handed over as birthday presents, crashing things all over the place, getting arrested and then having Papa clean up the police records, etc.

Good riddance! I hope I never see another Bush walk the public stage ever again!

Now it is Obama’s turn. We don’t know what he will do. He certainly has patience and a good grip on his temper. These are great qualities for leaders. Hitler couldn’t control his temper at all and at the end, was screaming at everyone in his tiny bunker.

One of the top qualities for any leader who has to negotiate with foreign leaders like the very formidable Hu of China, just for example, must be able to control his face, his attitude and his demeanor. I supported Obama for the simple reason, he knows how to eat in public and not puke on people like Bush Sr. Or spray food over everyone, talking with his mouth full like Jr. Bush. Also, Obama knows how to shake hands, say hello without smirking or contorting his face in odd ways like Cheney or McCain.

Obama speaks English. It has been very tiresome, listening to Bush. I was an early compiler of ‘Bushisms’ many years ago. The author of the book of Bushisms even credited me for my tireless work back in 1999-2001. After that, I gave up in disgust. How on earth could anyone stand this creepy man? Foreign powers had a field day, of course.

ALL DIPLOMACY IS CONDUCTED ON THE BASIS IF LANGUAGES! The exact wording of things matter a great deal! And we had this maniac who could barely construct a sentence, doing diplomacy. This dimwitted dopey diplomacy has been a total disaster!

Obama knows how to talk like a sentient being. Our fading empire needs this desperately. We should all hope and pray that he can make the right choices. And to do this, we must assist him by being noisy and letting him and the new Democratic Congress know what we want.

We want the Bush wars to end. Now.

We want to go back to a balanced budget and balanced trade. That can’t be done now. But a first step should be to cut down our imperial obligations to a more reasonable size. We are going bankrupt, trying to rule the planet.

We need a new banking system with laws that have teeth and regulators who regulate, not goof offs. This must be done quickly. And all the authors of the banking collapse should be examined and PUNISHED.

And last but not least: restore our ancient Constitutional rights and close that gulag in Cuba. And stop the Cuban and Palestinian embargoes. One can only hope.