Will Japan Escape The ZIRP Depression?

Japan just had a political earthquake which I saw coming for a long, long time.  As usual, I called all the shots nearly perfectly and have proof of this, just in the month of July, 2007, at my older blog location, I covered the rapid looming political changes pretty well, using the usual charts and graphs and logic analysis which I apply to all things that interest me.  Just the other day, I savaged Krugman because he is so clueless about world trade and government debts.  Well, Japan’s elites are in trouble because of the STRONG yen and government overspending.  We also look at the European derivatives markets again: the Beast is still growing out of control.  Far from being tamed, it is concentrated in even fewer hands than before the Great Crash of Sept. 15, 2008.. END_OF_DOCUMENT_TOKEN_TO_BE_REPLACED

CIA Wants Obama To Legalize Their Many Crimes

Obama is confused about what to do with the CIA criminals.  It is easy: he can put Bush, Cheney and the CIA (plus the Blackwater mercenaries) on trial!  How novel is this?  If the CIA doesn’t like this, they can DISBAND.  And cease existing.  The KGB no longer exists.  Nor does the Statsi.  Or the Gestapo.  And no one misses these organizations. END_OF_DOCUMENT_TOKEN_TO_BE_REPLACED

Filed under war and peace

The US is now a ZIRP economy thanks to government interventions designed to keep alive an economy wrecked by a credit bubble.  This credit mess is being fixed by wild government overspending. The effects of this is literally identical in our case to the path Japan took.  Japan fixed itself by basically committing mass suicide.  The society of Japan has been hammered for the last 20 years by the solutions chosen by the government and hopefully, this weekend, the LDP will go down in flames and never rise again.  The US has one political party right now, so we vacillate between two extremes that are nearly identical, so far as economics are concerned. END_OF_DOCUMENT_TOKEN_TO_BE_REPLACED

I was immensely annoyed to read today’s Professor Paul Kennedy’s editorial in the NYT.  He wrote a great book about the decline and fall of empires and then proceeds to ignore his own research to pen a ridiculous article about how the US dollar will sail on and on for some time because….well, because it should.  And yet, at the end of his own article, he talks about how he doesn’t want to be paid in dollars only, JUST IN CASE.  He wants other currencies if the dollar is destroyed by the Chinese. END_OF_DOCUMENT_TOKEN_TO_BE_REPLACED 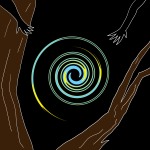 Dear readers: Lately, there has been a great deal of anger directed towards me because I refuse to fall into various radical positions such as, demanding no government as the cure for technical problems and poor analysis.  Or, supporting modern medical practices in view of thwarting potential viral epidemics.  There is a long, long list of things I won’t endorse which the online ‘counterculture community’ loves to embrace.  This is because I am an analyst, not a parade participant.  When I see marching bands blasting away, I examine their musical score and then pass my own judgement on this. END_OF_DOCUMENT_TOKEN_TO_BE_REPLACED

Filed under religion, the arts, war and peace

The deadly war between Osama bin Laden and the Saudi Royals continues with a daring attempt on the life of the head of the Saudi antiterrorist secret police who happens to be a Saudi prince, of course.  The reason I picked a fight with the so-called ‘9/11 Truthers’ is their blatant attempt at lying about everything concerning bin Laden, the Saudi royals and how the CIA and the Bush clan interface with all this.  The Bushes have been as entangled with the Saudis and the communist Chinese for as long as my parents and I have been interacting with these same foreign powers.  If people wish to disbelieve me, this is OK: but it won’t stop bin Laden’s long range war.  Which is directly aimed at taking over Mecca and reviving the Muslim jihad. END_OF_DOCUMENT_TOKEN_TO_BE_REPLACED

Filed under war and peace

Governments Are Better Than Anarchy

One of the important themes here on my blog is how civilizations and empires operate.  The various systems and methodologies as well as ideologies are extremely important.  For example, the US has been infected with a powerful ideology that emphasizes individuality.  This, in turn, spawns a faux anarchism which is the even faker ‘cowboy’ image.  This creates problems when we consider collective actions that protect the economic and social systems.  The uproar I caused here when I supported government initiatives in healthcare as well as control of infectious diseases illustrates very clearly how ideological positions can be very destructive. END_OF_DOCUMENT_TOKEN_TO_BE_REPLACED