Shocking leaked video:what Israeli Zionists actually believe! – YouTubeThe US media editorialists are nearly totally and uniformly Zionist radicals who prevent any honest discussion of the Middle East’s very explosive religious and ethnic warfare situations.  One major help given to imperialists in Israel and Japan is how our media actively hides what the far right wing in both countries say and do.  For example, I got the news via Japan’s media about Japan’s top mayor in Tokyo calling for nuclear bombs for land disputes with China whereas the US media didn’t cover this story at all.  With the Jewish-dominated media in the US, the Neo-Nazi character of Jewish political parties is also very carefully hidden from view.  END_OF_DOCUMENT_TOKEN_TO_BE_REPLACED

Due to family logistics, our Thanksgiving dinner will be on Sunday due to this being my mother-in-law’s birthday.  So, instead of spending the day cooking and preparing for a big meal, I get to write instead.  The ceasefire between the Gaza Ghetto and their oppressors, the Israeli occupiers.  True, the enforced isolation of Gaza by the militarist Jews will continue and the Muslims don’t mind this all that much because it shows quite clearly that the Israelis are evil, not good.  The longer it goes, the more people will see the resemblance between the Gaza and Warsaw ghettoes.  This will erode US diplomatic power much further as the US is seen as the sponsor and protector of rank Naziism.

END_OF_DOCUMENT_TOKEN_TO_BE_REPLACED 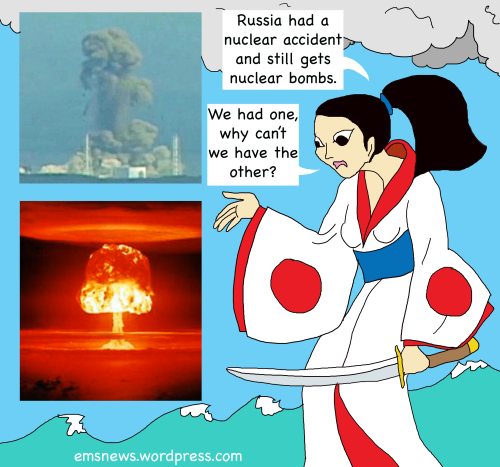 As I predicted, the elites of Japan have gone insane and are resuming open, vicious levels of imperial muscle just exactly like 70 years ago.  Also, international regulators want to stop the offshore hedge funds and banks from destroying global finances but are stopped by the US and UK governments which work on behalf of these pirate operations.  END_OF_DOCUMENT_TOKEN_TO_BE_REPLACED 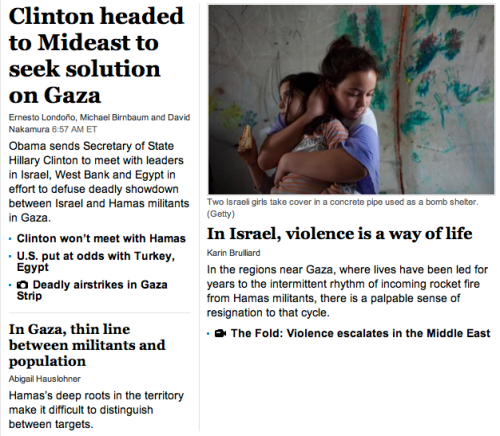 The Washington Post goes all the way  Hasbara.  Journalists are paid to give totally one-sided views of any conflict between the natives of the Israeli-controlled regions and their well armed, well funded oppressors.  All things happening in this area are cast, in the US, in this framework whereby gross, open theft of Palestinian lands and increasingly horrific suppression and denial of basic human rights to the natives is endorsed and protected by the entire US government apparatus.  The Washington Post is the major DC paper and its total embrace of the Jewish occupation and expulsion/repression system is obvious on the front page. END_OF_DOCUMENT_TOKEN_TO_BE_REPLACED

Filed under religion, war and peace

Gaza Burns While US Media Whines About Internet News Quality 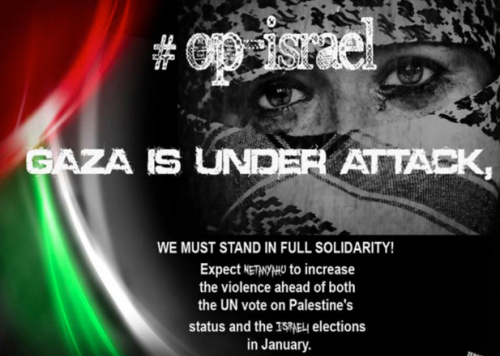 As every time there is an election, Netanyahu attacks Gaza.  This particular attack began with the usual tit for tat sniping between the Palestinians and the Israeli Jews which suddenly blew up when Mossad deliberately assassinated an important Hamas official right in the middle of delicate negotiations with him.  The right of Syrian rebels to fight their overlord is enshrined in the US while the right of the natives of Palestine to do the exact same thing is demonized as ‘terrorism’.  The core problem for the US public is, the definition of ‘terrorism’ is entirely political in nature and aimed at demonizing some people while turning identical actions into the deeds of angels if it furthers US/Israeli/Gulf dictator objectives.

END_OF_DOCUMENT_TOKEN_TO_BE_REPLACED 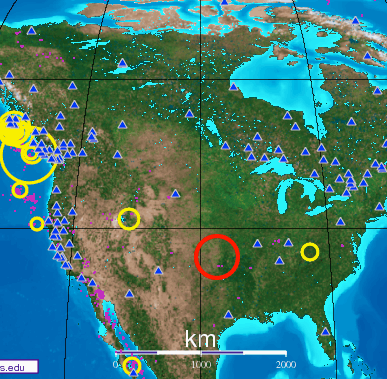 This quake happened just moments ago and hasn’t appeared in the news yet. END_OF_DOCUMENT_TOKEN_TO_BE_REPLACED

Exactly as in 2008, right after an election, Netanyahu attacks Gaza.  The US continues down this destructive path in world affairs with every ‘ally’ pushing us off of every possible cliff.  The Pentagon wants confrontations to proliferate because we face a budget crisis at home with GOP Congress people insanely demanding balanced budgets which they never, ever demand when an elephant is in the White House.  So, with more wars, the Pentagon gets more money, not less.  This conspiracy to manufacture more wars is very lucrative to the privatized military war bosses who need this money to line their own pockets.  Warmongering is bankrupting our nation and the Gaza war being cooked up this week is 100% funded by US taxpayers. END_OF_DOCUMENT_TOKEN_TO_BE_REPLACED