Wall Street Writes The Laws And Virtually None Go To Prison

Video: The Untouchables | Watch FRONTLINE Online | PBS Video is interesting to watch because it only faintly touches on the true source of power on Wall Street: control of the media stories, collusion within family and tribal groups to keep the cards close to the chest and how these people use money to write our tax laws, write regulations of all systems and mainly, to turn the US into a machine for printing money for them all and to militarily enforce this Wild West banking on the rest of the world.

And the FBI can’t stop them because no one can prosecute them since the letter of the law is written by them and is backed by our media owners all of whom want credit bubbles to grow and not taxes on wealth accumulation and so on:  FBI responds to ACLU with blank pages – Salon.com is the story how the Freedom of Information Act continues to be defied and mocked by our government, both the Democrats and the Republicans do this because neither party wants us to know the details of what is going on.  Here is a brief look at an ACLU demanded document: 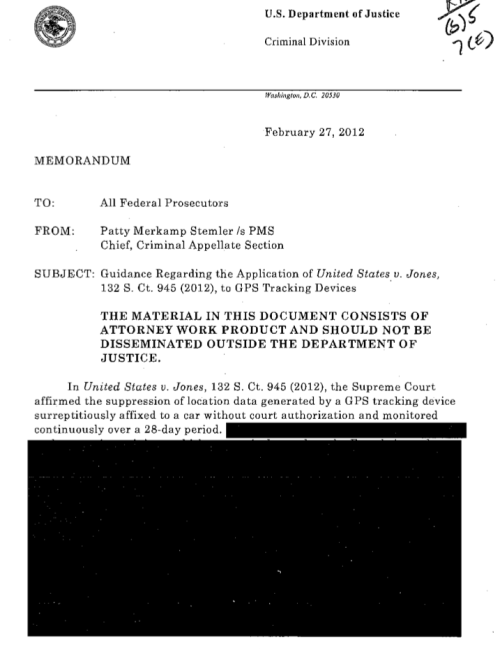 Except for two and a half public information pages talking about published Supreme Court decisions, the entire file is deleted.  Page after black page, nothing and all of this is about our government spying on Americans without a court order.  Not that it matters so much anymore.

Prying open our own government isn’t done with guns.  Once guns begin shooting, no matter who wins, they become vicious despots.  Fascist or communist, the violent overthrow model is the same: tyranny.  Even in the US revolution, the tyrants who owned many slaves or who were merchant/marine owners didn’t want the Crown to run things due to taxes and other impositions.  But it was not a revolution that brought much in the way of any ‘freedoms’ for anyone outside of the higher elites.  Women gained nothing.  Slaves remained slaves with zero civil rights and no right to arm to protect themselves from being enslaved.

The lower working class continued to be ruthlessly exploited.  The only door to freedom of any sort was the sheer size of the frontier, the Wild West which began a few miles offshore the seaboard and which moved, bit by bit, across the Continent.

Our government was designed by elitists who wanted to retain power and for the most part, it has done this.  One of the funniest things to happen this last two years is the Tea Party screwing up the GOP/Wall Street relationship which used the frightened southern whites to form a political base which worked not for the southerners except for guiding Northeastern tax collections to the South.  It allowed the politicians to work for Wall Street while giving a crust of bread to voters.

But the Tea Party’s genesis was anti-Wall Street and a little of this has eked into Washington:  Senate fails to advance bill extending banks’ transaction account …U.S. Bank Deposits Drop Most Since 9/11 Terror Attacks – Bloomberg

Customers may be moving money no longer insured by the U.S., drawing down year-end balances and investing in advancing equity markets. A Federal Deposit Insurance Corp. backstop, the Transaction Account Guarantee program, ended last month, prompting some analysts, investors and trade organizations to predict it could drive funds from the banking system….“The bigger banks have to pay FDIC insurance on these deposits plus some of their capital and leverage ratios are adversely impacted,” Rajappa said. “Many of the banks don’t want these.”

Oh, the poor dears! Having to pay for savings, for capital, via giving interest charges to savers!  HAHAHA.  And their ‘leverage ratios’ which they drove to near-zero with the assistance of the Federal Reserve, is going up!  They can’t simply loan money they never had!  Of course, what created the bubbles was exactly that: lending money with no backing of capital.

They needed the capital inherent in the entire US to capitalize their loans. The Treasury, not the Federal Reserve, had to ‘insure’ these deals so that the bankers would never have to pay, themselves, for money they lost by giving it to deadbeats.

The temporary liquidity guarantee program was easy money for Wall Street who wants this to go on forever:

(a) Participating entities are subject to the FDIC’s oversight regarding compliance with the terms of the temporary liquidity guarantee program.
(b) A participating entity’s default in the payment of any debt may be considered an unsafe or unsound practice and may result in enforcement action as described in § 370.11.
(c) In general, with respect to a participating entity that is an insured depository institution, the FDIC shall consider the existence of conditions which rise to an obligation to pay on its guarantee as providing grounds for the appointment of the FDIC as conservator or receiver under Section 11(c)(5)(C) and (F) of the Federal Deposit Insurance Act, 12 U.S.C 1821(c)(5)(C) and (F).
(d) By issuing guaranteed debt, all participating entities agree, for the duration of the temporary liquidity guarantee program, to be subject to the FDIC’s authority to determine compliance with the provisions and requirements of the program.

The bankers had to agree to some rules in order to palm off the potential losses onto the voters and taxpayers.  Now, it is ending and they have to resume traditional banking which they hate.  They hated the FDR reforms and pretended there would be no bubbles if only these reforms were eliminated.  When eliminated, suddenly we had the same stupid bubbles like the one leading to the Great Depression.

As always, banking is a symptom and not a true cause.  The real loss of US sovereign wealth is twofold and both international: insane wars which gain us little to no loot but cost a fortune plus a continuous and dangerous trade deficit.  Japan reports record Y6.93 tril trade deficit in 2012 ‹ Japan Today: Japan News and Discussion

How  long can the US run this stupid deficit with Japan?  Half a trillion every decade is insane!  Japan is running in the red but not with its main dupe nation, the US.  In return, we get to protect Japan as they initiate a shooting war with China.

But Bundesbank President Jens Weidmann warned Japan against politicization of monetary policy that would lead to a weaker yen in a speech Monday, even before the BOJ announced its quantitative easing strategy Tuesday.

Japan is “intervening heavily in the duties of the central banks, pressuring for a more aggressive monetary policy” that endangers the BOJ’s independence, Weidmann said, The Wall Street Journal reports.

“A consequence, whether intended or not, could lead to an increasingly politicized exchange rate. Until now, the international monetary system has come through the crisis without a race to devaluation, and I really hope that it stays that way.”

It is simple to understand: Japan runs a trade deficit due to its war against the Chinese, waged mainly in the economic realm plus the cost of oil which is paid in US trade dollars gained by Japanese traders who have virtual one way trade with the very stupid US whose elites love this while it decimates our own economic situation here.  So, Japan has plenty of non-yen money to spend on oil but…this means dollars flow around the world, weakening the dollar which makes the yen stronger!

Also, China has demanded Japan do trade in yen and China is still the #1 trade partner with Japan and they hold these yen making it stronger which irritates the Japanese no end.  The Germans are  mad because this all makes the euro stronger so they are up in arms over this rank manipulation of currencies by everyone.

And the EU turns into a looting expedition:  Greece puts itself up for sale – Salon.com

Even buildings housing Greece’s most important public services — such as the police and new offices for the health, education and information and communication ministries — are up for sale.

But no official has yet clarified where their bureaucrats will move. Many believe some of the ministries will lease back the buildings from their new private owners…

Meanwhile, the blowout sale is bringing in much-needed euros to Greek government coffers. OPAP, the gambling company that runs Greece’s 13 lotteries, is a big earner. But although it generated more than $700 million in 2011 alone, its sale is expected to pull in only $2 billion.

Throughout history, when countries can’t tax the middle class and wealthy to sustain something, they go for lotteries and selling Crown goodies like the right to run say, the tariff offices.  Selling lotteries which were supposed to be a ‘necessary evil’ to fund things means NONE of the money flows to public good and ALL of it is sucked up by gambling bosses!  And so it is useless and a menace to society.  I have been 100% against lotteries since day one.  It is an evil that brings no good.

Once the lotteries were launched, immediately, the private gambling houses began to pop up like mushrooms and all these do is suck the economic lifeblood out of societies.  They are a menace.  The banks can’t be run like casinos, either.  This is not their function.  When Wall Street becomes a wild west gambling operation with little oversight, it blows up, too.  Regulating systems so they don’t erupt with fountains of money is life and death.