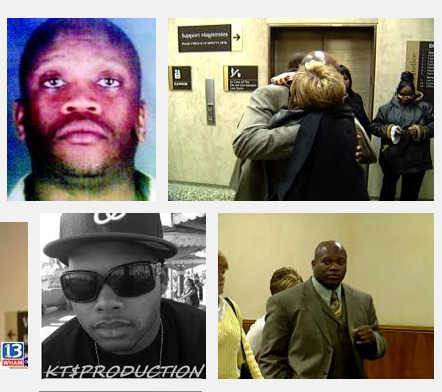 Take a good look at this dude here.  He is a killer.  He murdered a 17 year old boy, the guy in the picture below.  This murder happened in NY and barely made more than local news.  It happened only a very few years ago.  The case resembles the Zimmerman/Martin case pretty closely.  And even though this event happened a short hike from NYC and the major media, no one bothered to notice it.  It has a slender number of Google hits, it is so insignificant.

So, here is the tale:  Jury Finds Roderick Scott Not Guilty – Rochester

Cervini’s family members say justice wasn’t served. They say Christopher was murdered in cold blood, that he’d never been in trouble and Scott acted as judge, jury and executioner.

“The message is that we can all go out and get guns and feel anybody that we feel is threatening us and lie about the fact,” said Jim Cervini, Christopher’s father. “My son never threatened anybody. He was a gentle child, his nature was gentle, he was a good person and he was never, ever arrested for anything, and has never been in trouble. He was 16 years and four months old, and he was slaughtered.”

Scott says he acted in self defense when he confronted Cervini and two others saying they were stealing from neighbors cars. He told them he had a gun and ordered them to freeze and wait for police.

Scott says he shot Cervini twice when the victim charged toward him yelling he was going to get Scott.

“How can this happen to a beautiful, sweet child like that?” asked Cervini’s aunt Carol Cervini. “All he wanted to do was go home. And then for them to say, he was saying, ‘Please don’t kill me. I’m just a kid,’ and he just kept on shooting him.”

Google has only a few images of the victim and virtually no information.  Wikipedia has nothing about either the killer nor his victim.  Unlike the Zimmerman case, this man openly pulled out his gun and menaced the boys.  He claimed that one of them rushed at him.  He was not hit even once by the white 17 year old kid.  And yet….

He got off scott free!  Zero rage in the streets, our media snoozed, the parents of the dead kid were outraged and not one microphone was put in their faces.  No civil rights leaders demanded the ‘child’ get revenge and the killer be strung up.  No whites threatened to kill the black man who did the killing.

5 years probation for woman who shot lover in head, pair ordered to steer clear of each other – NYPOST.com is a black couple in today’s news who had a lady shoot at her lover and then he didn’t want the cops to put her away so she got a slight slap on the wrist instead.

Ready, aim, fire: Twitter vigilantes threaten Zimmerman with weapon-wielding ‘selfies’  while Zimmerman’s Parents in Hiding from ‘Enormous Amount of Death Threats’ and of course,  Facebook Refuses to Remove ‘Kill Zimmerman’ Page.  This is all criminal actions.  I talked to a black woman today from Troy, NY, and she spat out lots of racist talk about hating whites and whites are all sex deviants and she was going to teach everyone a lesson, yes!

All because a Hispanic guy got the exact same justice a black man got in NY!  This double standard has to stop.  As I correctly said day one, this stupid Zimmerman hysteria was stupid.  The case was dumb.  The lessons were ridiculous.  The howls were self-centered and very much race baiting.  This forgotten case which was the absolute exact reverse of the Florida case illustrates how our media cherry picks stories and manufactures outrage.  And to think all the liberal/leftists/progressives who howl about the Main Stream Media being nasty and stupid…falling like fools for a classic MSM manipulation!

Good lord. Hate me for this but really, WAKE UP.  Shake off these dreamworld creations of our masters and look hard and long at ALL the facts.