We Visit The Most Violent, Murderous Parts Of Chicago: Not Nearly As Wrecked As Detroit!

The Hoodie Store (my name for this joint) on the corner of West Madison and North Cicero, Chicago’s West Side, between the rail roads and Highway 290.Austin — Chicago Crime — ChicagoTribune.com has a murder map for Chicago.  I wanted to visit these actual neighborhoods to see what is going on there.  The right wing part of the media has this endless talking point about how violent Chicago is and that this is nearly 100% black on black or black on white crime, not anything like the Zimmerman business.  So I thought it is time to actually visit Chicago to see first hand, what is going on there.

North Cicero and Chicago Avenue intersection where drug dealers who are black kill each other in big numbers.

Here is one big attractor of gunmen seeking easy pickings: 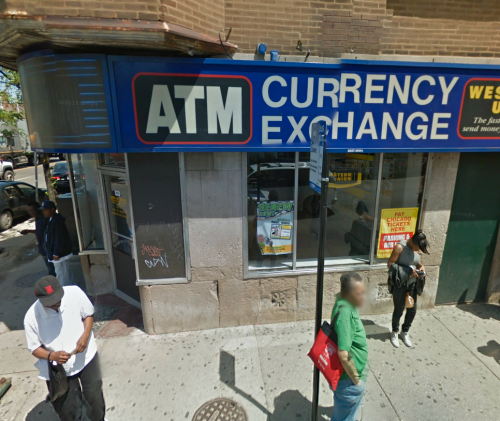 And across this intersection with many murders is this business: 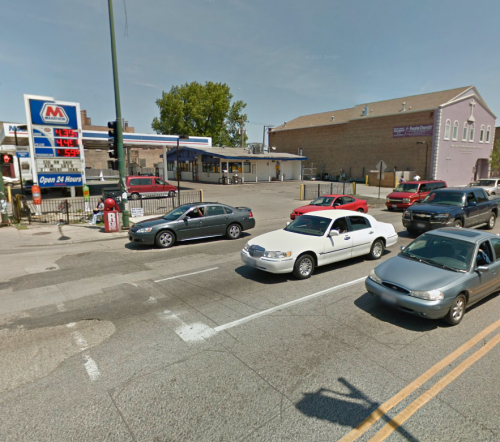 Anyone who can Watch The First 48 Full Episodes & Videos Online – A&E TV soon sees that an awful lot of murders begin their events at these sort of gas stations.  Drug dealers use them as platforms due to customers refusing to go into dark, dangerous hoods. So they meet at the local 24 hour gas station well after dark.  This is a big driver of black on black murder as dealers fend off competition using the ‘spray bullets everywhere’ methodology. 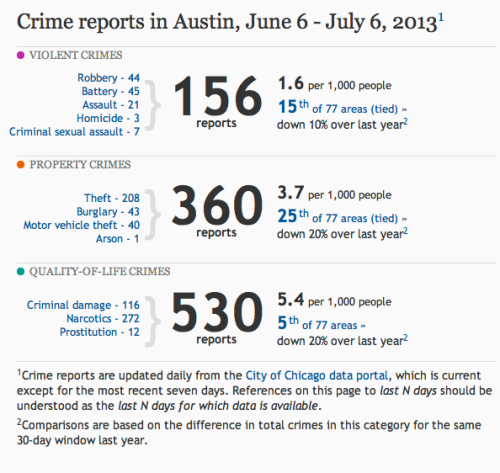 If you look at this information, things are actually getting somewhat better with only (!!!) three murders in one month.  Other parts are worse.  Englewood is worse than the Austin district as per # of people versus crimes.  The murder rate is 3.1 per 1,000 people per year. 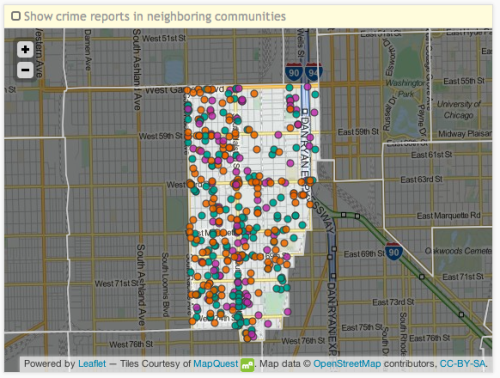 This isn’t one year’s stats, it is ONE MONTH.  We are lucky this is down from last year which was worse!  There is this cluster of prostitution/narcotics/murder going on in the southern portion of this district so I went to South Halsted Street and saw this enterprising business:

Most businesses are shuttered.  This one seems to be hanging on there.  Note how Harold’s Fried Chicken Shack also has a razor wire, 6 foot tall fence!  Now one thing I notice here is, none of the worst neighborhoods when it comes to crime look anything like Detroit.  Detroit is a complete mess with lots and lots of devastation.  Many neighborhoods there are no longer high crime simply because virtually no one lives there anymore.

Most of my Google map roaming of the high crime areas of Chicago did see some boarded up houses or destroyed properties and many places had iron fences and other security stuff.  But again, not even close to Detroit’s desperate measures to keep out crooks with nearly every abandoned house with steel bars on doors and windows, for example.  That place has been nearly totally overwhelmed by crime and destruction with very high rates of arson unlike Chicago.

I remember when NYC had a high arson rate.  Constant fires with explosions of fire whenever the electricity was cut off by say, thunder storms.  This happened while the city was going bankrupt. And was very noticeable.  The Bronx Is Burning is no joke, I watched it burn, myself.  Bushwick was burning, too, nearly as badly.  100 year old apartment buildings were going up in smoke and this was so owners could collect fire insurance and flee or residents torching homes for revenge or to get into city housing which was reserved for them if they lost their homes.

So this service for people who needed help was greatly abused and in fact, we kept an eye out for people preparing to torch their apartments if we saw them moving their valuables suddenly.  In fact, our patrol which tracked people doing this sort of ‘innocent’ thing prevented my own neighborhood from complete destruction.  Yes, even very subtle things are clues as to potential crimes!  We studied these things and made ourselves ‘street canny’ instead of naive.

Here is a documentary made years ago about the busiest firehouse in America back then, when I was geared up full time to prevent fires in my own part of Brooklyn which included sitting on the flat roof of my brownstone with binoculars, prying into everyone’s business:  Man Alive: The Bronx Is Burning (Part 1 of 4) FDNY 1972 – YouTube.  When cities go bankrupt, violence gets ten times worse.  I lived through this in a high crime neighborhood where a large numbers of buildings were destroyed by riots and other events.

I have a strong vested interest to see these things not happen.  I know what it is like to live where people are scared about arsonists or murderers.  Taking control is very challenging.  We see from the news this year, gated communities not only have crimes but are racked over the coals if they have a violent reaction to crimes.  We see in Chicago’s news that the people living in the crime infested neighborhoods are going on wilding sprees deep inside the ‘safe’ communities.

Now for the #1 property crime part of Chicago: the Loop which is the business and main shopping district.  A very bad piece of news for Chicago.

Nearly 300 thefts and I bet the real rate is double that, many people don’t bother with the cops as we didn’t bother much during the worst of the 1970’s crime spree.  I, personally, was robbed or had things stolen roughly every 3-4 months and my neighbors had the same thing happen.  Heck, once while working on a front door, I put down my screw driver and a crook stole it…to use to break and enter homes!  I was very steamed.

Everyone I knew had to have elaborate locking up schemes because we couldn’t leave anything exposed for even one minute like my screw driver which was right next to me when some nimble person snitched it.

Back to Chicago: at least the Loop didn’t have a murder during the last month.  Most unusual for Chicago.  And yes, the theft rate was down by a third compared to the previous year.  People living there are reasonably afraid they might turn into Detroit.  And of course, preventing this means preventing the US from allowing endless imports because these are the indirect cause of our cities going off the cliff in the first place.

14 responses to “We Visit The Most Violent, Murderous Parts Of Chicago: Not Nearly As Wrecked As Detroit!”