China military urges vigilance over Japan’s defense plan | Reuters:  Japan is forming a Marine unit so they can invade islands and thus, start WWIII which will leave Japan uninhabitable for the next 100,000+ years when the nuke plants all blow up. Japan Vows Support for Philippines in China Row

Japanese Prices Rise, Signaling Rebound – WSJ.com: this is ‘silly good news’.  The WSJ believes this means Japan is stronger and has a rising economy.  But 100% of this inflation is due to the weak yen and high import prices on things people need, namely food and fuel so they are being hammered badly by this ‘good inflation’.

A depression isn’t due to no inflation, it is due to dropping wages and other things falling down in value like property.  Inflation during a dropping value time is horrible, we call this ‘stagflation’ and during this last decade, I have seen lots and lots of stories about how we ‘need inflation’ which is insane.  When people have more money to spend due to rising wages, this is ‘good inflation’.

The ‘good inflation’ mentioned in the article is the ‘more jobs and more money for consumers’ which is not happening in Japan at all.  Export profits flow to the 1% elites who are rich as rich can be while virtually none of the benefits from trade flow to the workers since factories are being displaced to cheaper Asian labor markets just like our factories here have vanished.

Sony Loses Science Talent as Student Resumes Go to Dairies: Tech – Bloomberg: the average starting salary for engineering students with a master’s degree in Japan is a mere $20,000- 24,000 a year.  In the US, the same degree gets you on the average, around double that amount, over $42,000.  Electronics engineers in the US earn even more:  $78,000 whereas in Japan, it is the same as other engineers which explains why Japan’s ability to produce cutting edge electronics is internally collapsing.   It pays to leave Japan if you are well educated and ambitious.

Here in the US we have rapidly rising gasoline prices due to the Saudi/US coup in Egypt unsettling things.  As I predicted, the US and Saudis who feared the Muslim Brotherhood are now butchering them openly, the latest horror being the massacre of over 70 in a mosque where they were peacefully sitting in protest.

Egypt’s ousted president facing espionage, jailbreak charges which is insane.  The ‘jail break’ was the Egyptian Revolution (sic).  Of course, he broke out!  He was a political prisoner!  Charging him this way is a travesty and the US State Department which works nearly totally and entirely for Israel and Saudi Arabia and not the US, will rubber stamp this odious trial.

The fake liberals in Egypt sided with the brutal military so this blood is on their hands.  They just wanted raw power to have their own way and anyone, left, right or center who resorts to overturning an election they lost via military violence is evil.  Syria slams Washington over arming rebels while the US whines about how many people have died there ever since we armed insurrectionists and asked them to attack the government there. 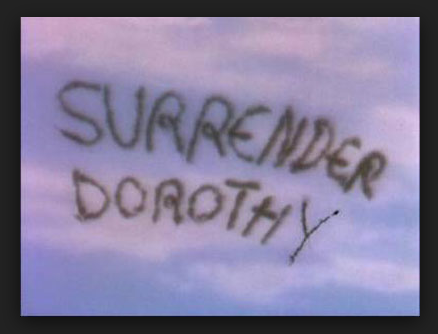 Russia will not hand over Snowden to U.S.: Kremlin: Russia has been whacked repeatedly by the US under both Bush and Obama since our State Department is run by Zionists and only Zionists.  So Putin, asking for a carrot, got the stick as usual so he took it and poked the State Department in the eye.  The latest move by our darling Zionists was to demand he be handed over and to hell with extraditing him legally.  The Assassination/KidnapNation we now have is acting up yet again.

Finally, China, Russia to hold counter-terrorism drills as the Zionist agenda of the State Department works tirelessly to drive them together.  Thus, both countries which are some of the biggest on earth with a combined arsenal of nuclear bombs that is the size of ours and Israel, are increasingly allies.