Armed Uprisings In US OK, In Ukraine, Naughty Except If Right Wing Pro-NATO: US Weary Of Foreign Entanglements 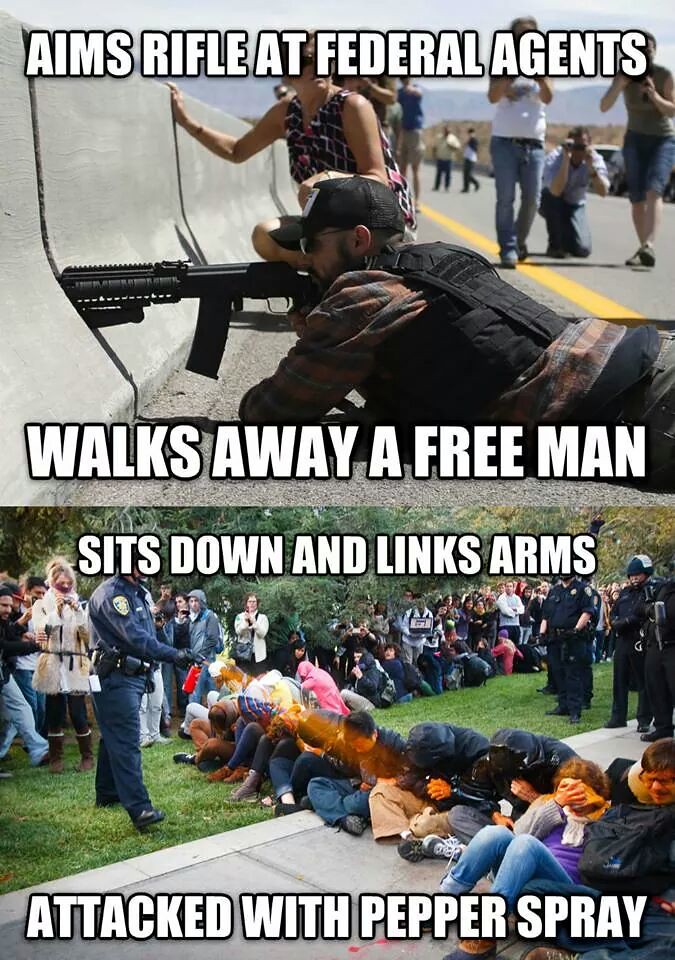 My husband is back in the hospital as we try to figure out what is going wrong with him.  Many more tests!  Uncertainty is part of life and on the world stage, the US is so incapacitated these days, it too belongs in the hospital.  We have all the warning signs of imperial collapse.  Imperial overstretch coupled with a rotting economic base is causing the US to go down the road of ruin.  The Feds now want to let states put up tolls on US highways to raise tax revenues, for example.  And foreign spending is rising, not falling as is military spending none of which is used to protect the US itself.

END_OF_DOCUMENT_TOKEN_TO_BE_REPLACED

Basketball And Football Are All Very Much Like Southern Plantations Mainly Owned By Rich White Males, Many Are Jews

Commissioner Silver passes test with decisive Clippers action while Gosselin gushes: Silver draws bold line in sand on racial insensitivity with lifetime ban …which is hilarious because if you know anything about the gulf between the mainly black players in football and basketball and the owners, Donald Sterling isn’t hardly even slightly different from his army of clone twin owners.  Many of them have the identical same backgrounds, religion and beliefs.  This is why they are cracking down on one of their own because he was so offensive, he is causing all of the owners severe problems with their possessions.

END_OF_DOCUMENT_TOKEN_TO_BE_REPLACED

It is a late spring so only now, right before May, we are finally seeing tornadoes.  May is the peak month for tornadoes due to warm air clashing with cold air.  Like the cherry blossoms, tornadoes are coming a bit later than normal due to the cold weather dominating.

END_OF_DOCUMENT_TOKEN_TO_BE_REPLACED

(Story from The Times | UK News, World News and Opinion)

As NATO and the pivot to Asia hurtles the US towards WWIII, every excuse for warmongering has every  major US media foaming at the mouth.  The biggest pusher for wars is the Huffington Post, vying with the Washington Post for ‘most foam at the mouth rabid warmongering.  Meanwhile, at his press conference, President Obama sighs: ‘Why Is It That Everybody Is So Eager To Use Military Force?’  Indeed, we just had a bunch of tornadoes tear up the deep south and Congress will give them aid money because our corrupt Congress is OK with that if it is a southern state but if the northern states get disasters like last winter, there is no money because we are going bankrupt.  Thanks mainly to our wild warmongering and free trade.

END_OF_DOCUMENT_TOKEN_TO_BE_REPLACED

Britain And Germany Agree To Economic Suicide To Hurt Russians

Europe is suffering from a wide range of energy issues that are going to impact harder and harder as warmongering and global mongering rage out of control.  Once Russia ceases to sell energy to Europe, they will have a huge surge in inflation there due to the high cost of energy if it is brought in from more expensive sources.  And the entire issue of Russia being naughty is connected to the ongoing energy wars waged by NATO.  I feel the outsized rage about Russia being proactive is due to desires to control the Russian energy markets directly via military fiat by NATO just like Libya or attempts on Iran’s energy.

END_OF_DOCUMENT_TOKEN_TO_BE_REPLACED

Comparing temperatures of the past and present is hazardous due to moving gages around and the growth of cities which are hotter than countryside.  Generally speaking, moving a temperature gage that is used for official purposes usually is done to remove these from ‘heat islands’ which form around them.  But recently, the reverse is happening.  In their anxiety to create a global warming data set, NASA has set up a dishonest thermometer in a specific hotter place rather than the reverse.  And I want to illustrate the worst example of them all: Death Valley’s new Badwater station.

END_OF_DOCUMENT_TOKEN_TO_BE_REPLACED

For the last 50 years, our foreign policy has been run by hostile organizations that have zero interest in protecting American citizens in any way, shape or form.  We go to war on spurious charges on behalf of people who don’t care if these wars bankrupt our country, we have ‘free trade’ which was started in order to stop ‘inflation’ via moving industries here to other cheaper labor venues and then bringing back the goods via importation which has caused a tremendous, ongoing, destructive trade deficit.  Today, our main negotiators are all working for foreign powers so the ‘deals’ we get stink.  Meanwhile, trade negotiators for say, Japan, fight tenaciously for Japanese imperial interests.  And Abe lectures Obama the minute Obama left Japan about how Americans have no right to talk about Japanese war crimes!  And the US response is to ignore this obvious insult.