The cold spring has warmed up some bit in the northern half of North America.  A volcano, Tungurahua, in Ecuador, activated by the huge quakes this last year on the west coast of South America, erupted a third time this year and the fine ash and gases are already affecting the atmosphere and thus, cooling the earth.   Meanwhile, in America, Detroit continues to die and liberals profess to not understand why which is odd since it was caused by free trade and anti-union southern laws that cheapened labor.

The Guardian is a British paper that is liberal.  So they tried to do a story about the deliberate destruction of one of our biggest cities: The death of a great American city: why does anyone still live in Detroit? | Cities | theguardian.com.  The problem is, they didn’t do this.  Instead, they tracked down from a ‘community organization’ site a young woman to interview and her disconnect from reality is frightening.

The 36-year-old Ligon is exactly the type of resident Detroit is fighting – and struggling – to keep. Raised in the city, she holds a masters degree in urban planning from nearby Wayne State University. Along with spearheading Leap, Ligon speaks serviceable French and Mandarin and even garnered nearly 1,700 votes – roughly 16% of those cast – in last year’s Democratic primary election for her city council district. Now, she consults on green infrastructure development and holds fellowships focused on engaging Detroiters on climate change.

Ligon graduated from Martin Luther King High School in 1996, when Detroit’s population still hovered around 1 million residents. It was a normal place to live then, having established tenuous stability after the struggles of the 60s and 70s amid a strong Midwestern economy and the growing housing bubble.

Her home had been broken into and the police came a day later to check it out.  She is in despair about living in a community where crime is common.  But the problem is her own ‘community’ of blacks has devolved into a Mad Max gangsta wannabe world where people live like animals.

2 Detroit Teens Arrested In Mob Attack On Driver Who Accidentally Hit Child.  The government grandly said this isn’t a race attack even though the child suddenly darted in front of the truck for no reason and with no warning according to a video made by a watcher who was filming this because the kid was egged into doing this very thing to put on You Tube.

Here below in this You Tube video is an angry black male outraged by this obvious racial attack.  Whites are getting quite angry about the liberals refusing to see racism when blacks become violent for racist reasons.  Black leaders who went on and on and on about Trayvon who was a violent teen who doubled back to deliberately attacked what he thought was a weak white male, are silent about these attacks on whites by black mobs.

The young woman, Ligon, who is trying desperately to save Detroit has sucked down all the liberal clap trap storylines.  This is why she is concerned with ‘climate change’ of all things.  I suspect she includes this in all her presentations for money from liberals outside Detroit because it causes them to salivate and get all hot and excited.

Coordinated widespread community outreach to offer residents, business owners and other community stakeholders an opportunity to share their input regarding decisions affecting their community.
Engaged and informed over 300 community members in a Stakeholder Advisory Group in efforts to examine how best to reuse vacant land and property and to create realistic, data-based and future-focused strategies based on current conditions using the CDAD Strategic Framework.

So, I was right, she has to pretend to be scared of ‘global warming’ to get her UM buddies to cough up the loot.  They, in turn, ride this ridiculous horse of a theological thinking system to get money from the Feds and Congress.  Why, they are trying to save Motor City by…building commuter trains!

What Is The Detroit People Mover? Detroit Is Losing Money On Its Bizarre ‘People Mover’ Train That No One Ever Rides

LEAP and other organizations want desperately to expand the People Mover system even though it loses nearly $5 a ride while charging passengers pennies to ride and even with that, it is mostly empty cars.  This huge drain on the coffers is happening while the city went bankrupt.

The ideology behind this push for an expensive, barely useable transportation system is that it will save us from ecological ruin especially CO2 stuff!  Below is the event calendar for LEAP which shows clearly that they are a front operation that has no real function in Detroit except to push this insane agenda: 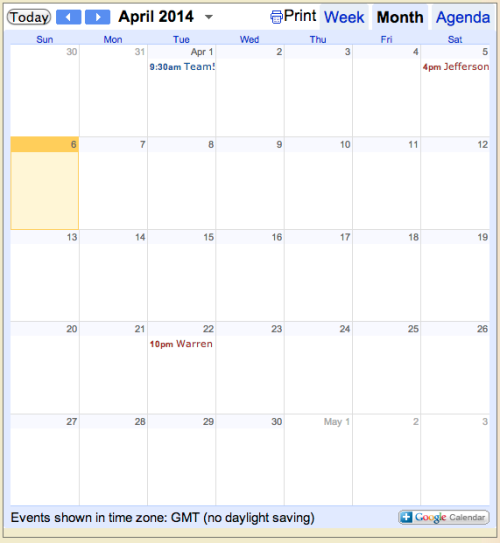 Meanwhile, volcanoes erupt which will make the coming year cooler:

Cold weather sets more records in Michigan | Detroit Free Press …Detroit Is Having Its Worst Winter in Years – TIME, Shocking heating bills follow frigid Michigan winter and what do Detroit homeowners want?  Relief from severe cold and cheaper fuel to heat their homes!  Not higher taxes and restrictions on fuel. 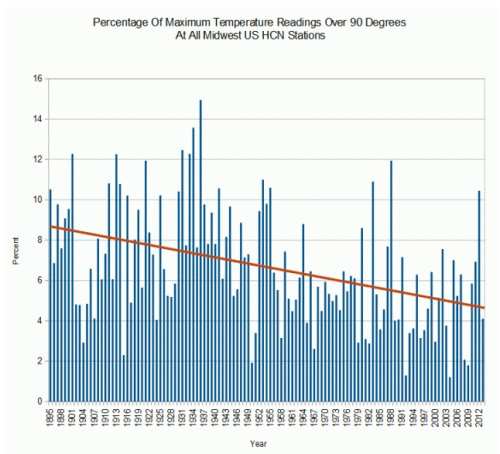 As it cools off especially in the Temperate Regions of the earth and Europe had a milder winter than the US this year but I predict next year will be less pleasant, the yelling about global warming heats up and the blatant lies continue. ‘Global warming’ is rubbish says top professor – Yorkshire Evening Post which will now mean the warmists will have to character assassinate him using IPCC drones (joke).

Scientists challenge work of climate change dissenter: Professor Tol refused to support the Warmists Party line about how we are all going to roast to death while ice sheets expand.  He said global warming isn’t happening like the computer models and that the IPCC’s summary report issued this week is full of lies because the report itself denies that global warming is getting worse.

However, the report’s impact was undermined by claims that one researcher asked to have their named removed from the report.

That researcher was Richard Tol, a Dutch professor of the economics of climate change, who dissented against the report and accused it of being “alarmist”.

“It is pretty damn obvious that there are positive impacts of climate change, even though we are not always allowed to talk about them,” Professor Tol stated earlier this week.

He claimed the report played down economic benefits of low levels of global warming, such as milder winters leading to fewer deaths among the elderly, and crops potentially growing better in some regions.

It appears that the long la Nina has ended in the Pacific and we might get another el Nino but this doesn’t mean we are having global warming because of this:  Highly Variable El Niño–Southern Oscillation Throughout the Holocene

We analyzed fossil coral reconstructions of ENSO spanning the past 7000 years from the Northern Line Islands, located in the center of action for ENSO. The corals document highly variable ENSO activity, with no evidence for a systematic trend in ENSO variance, which is contrary to some models that exhibit a response to insolation forcing over this same period.

Twentieth-century ENSO variance is significantly higher than average fossil coral ENSO variance but is not unprecedented. Our results suggest that forced changes in ENSO, whether natural or anthropogenic, may be difficult to detect against a background of large internal variability.

In other words, there are lots of ups and downs of the ENSO process and none have been particularly unusual based on the present interglacial record.  This won’t stop the warmists from bellowing triumphantly if there is even any slightly warmer than the ‘norm’ weather next year.  If it even warms up.

The frightful cold continues. On my mountain this morning it went down to 22 F.  In the West, it is killing people:  Hadley Boberg, 20, froze to death after she and a friend lost keys to their Jeep while hiking in Utah woods in frigid weather | Mail Online

Hadley Boberg, 20, was reported missing Wednesday night.  Her body was found Thursday morning at Provo County, about 200 yards from her Jeep.  Outside Boberg’s car, a male acquaintance, 21, was found.  Autopsy showed Boberg died from combination of alcohol consumption and exposure to 17-degree weather.

I grew up in the Southwest deserts.  That is really cold for Utah in April.  Very cold.  A final word:  Global warming revisited | Dennis Prager | Jewish Journal: seems the meme used by warmists about ‘97% scientists believe the CO2 global warming trope’ is a lie.  The only ‘survey’ of ‘scientists’ was done by PopularTechnology.net:

The Web site PopularTechnology.net features scientists who are cited by the two researchers at the University of Illinois, but who deny that their scientific papers affirm the man-made global warming hypothesis.
One is Craig D. Idso, who holds a doctorate in geography. He is the chairman of the Center for the Study of Carbon Dioxide and Global Change, and a member of the American Association for the Advancement of Science, the American Geophysical Union and the American Meteorological Society. When asked, “Is this an accurate representation of your paper?” Idso responded: “That is not an accurate representation of my paper. … It would be incorrect to claim that our paper was an endorsement of CO2-induced global warming.”
Another cited scientist is Nicola Scafetta, who holds a doctorate in physics, teaches physics at Duke University, and is a member of the American Physical Society and the American Geophysical Union. His actual position is that “at least 60 percent of the warming of the Earth observed since 1970 appears to be induced by natural cycles which are present in the solar system.”
These are only two of the scientists who have announced that their views were changed by the University of Illinois researchers who came up with the “97 percent” figure.

Only 77 scientists responded to a 1,000 surveyed.  And two of these who did respond complain they were forced to support global warming by the way the survey was worded.  That is, it is a very poor survey and it doesn’t admit to being a failure due to the vast majority of scientists dumping it in the trash can.  Where it belongs.