Free Trade Kills Even Small Towns: The Destruction Of Galesburg, Ill When Maytag Went To Mexico

These pictures in my article are of Galesburg, Illinois where the Maytag factory closed due to free trade deals.  What looks like a huge parking lot is actually where many of the buildings once stood but are now dismantled and sold.  Here is the before picture:

Yet another free trade treaty is going to pass Congress.  Both the GOP and DNC support these deals.  Every President since the first free trade deal has promised to protect American jobs and these have rapidly disappeared and wages have either dropped or stagnated.  Each treaty makes things worse so of course these same promise makers have decided to keep the negotiations secret from Americans since each deal is actually TREASON.  As these deals bankrupt our nation due to the world’s greatest trade deficits in the history of trade, our nation is on greased rails to bankruptcy.  Instead of stopping this, all parties work for this and seem to have no desire to stop doing these things to our economy and society.  The latest scheme is to use Medicare money to bribe workers who are losing their jobs so there won’t be any riots or repercussions from this latest trade deal.

Medicare Is Not an ATM | Rep. Jan Schakowsky, Democrat in Congress:

And now there is a new threat. Because of concern that the TPP would cost jobs — another big reason to oppose the deal — some in Congress are insisting that we extend assistance to dislocated workers before they are willing to lend their support to fast-track legislation and allow the TPP trade deal to move forward. This assistance would come from the Trade Adjustment Assistance program that is designed to help working men and women who lose their jobs because of trade deals.

While protecting Americans against trade-related job losses is a critical priority, it should not come at the expense of seniors, the disability community, or their families.

The money being spent in this proposal is simply money to move away from the remaining industrial cities and towns being hammered by free trade deals.  There are ‘jobs’ for people such as working for Walmart.  None of the replacement jobs pay as much as manufacturing jobs.  Everyone ends up working for less.  Hillary Clinton backs $15 minimum wage despite event’s valets’ $10 per hour at her own fundraiser at a $11 million mansion.  The parking valet company could pay $15 an hour but didn’t because the only way to make the owner of the business do this is to force him.  The way to fix demands for higher pay is to simply hire illegal aliens and this solution is used across the country and the Democrats push hard to insure there is a continuous flood of illegal aliens.

What Happens After The Jobs Leave? | Alliance for American Manufacturing Here is Obama on the campaign trail in the last few years, talking about good jobs for Americans:

“We sell more products made in America than ever before,” he told a crowd packed into a gymnasium at the local college during his last stop. “Thanks to the grit, resilience, and determination of the American people, folks like you, we’ve been able to clear away the rubble of the financial crisis, and we’ve started to lay the foundation for stronger, more durable economic growth.”

The president’s is a very optimistic take on the state of economy, but, as he is well aware, that didn’t happen in Galesburg. In 2002 the refrigerator maker Maytag told the 5,000 workers at its Galesburg plant that their jobs would be moved to Mexico. In 2004, the jobs left. Unemployment remains high and average household income is low in Galesburg. Maytag now makes its fridges in a Mexican maquiladora, right across the Rio Grande from McAllen, Texas, and pays the workers there only a fraction of the price of what its employees in Illinois once made. And to the shareholders have gone the profits. 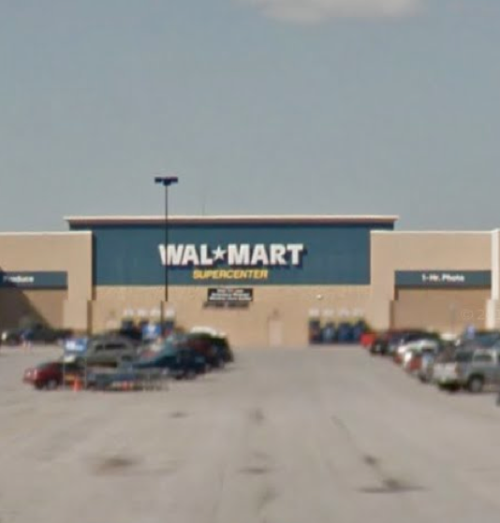 Here is the biggest employer now in Galesburg: Walmart.  I remember old Walt boasting about how he sold ‘made in America’ when he first began opening stores across the country.  That was all dropped when Clinton signed the first free trade deal.

This happened under Bush.  Obama just made it worse, not better, after making false promises.  I want to highlight the part about how workers in the Maytag factory were earning $15 an hour and Maytag thought this was way too much money:  In Galesburg, few signs of a U.S. recovery taking hold – tribunedigital-chicagotribune

A few years ago a Knox College survey revealed that the median household income of former Maytag employees fell from between $40,000 and $50,000 to between $30,000 and $40,000 a year. The survey also showed that 40 percent thought that they would never recover financially from the Maytag closing and that 84 percent felt the American Dream was out of reach for manufacturing workers.

Allen Ortery, 56, who was making $15 an hour before he lost his job at Maytag when production shifted to Iowa and Mexico, struggled for nearly a decade to find another job in manufacturing.

He said he was retrained as a blacksmith through a federal program that helps pay for training for workers who lose their jobs when companies relocate outside the U.S. and was aiming for a full-time job at a local state park, where he volunteered as a blacksmith. His graduation from the program, he said, coincided with layoffs at the park and he was only offered seasonal employment, which paid minimum wage.

So, he was ‘retrained’ for a job that never happened.  And was paid the minimum wage, another insult to this working man.  Galesburg now has a big business: prison.  It is directly across the street from the former Maytag factory which has been dismantled.

So, the prisoners are supposedly being trained for ‘jobs’ in ‘industries’ which are all FARMING.  At the minimum wage, of course which is too little to live on.  Note the cost of each prisoner, the price of a college education.  Lock fewer people up to improve Illinois inmate healthcare: the scandal of how the prisons are run is in the news this week.  The prisoners mostly are there due to drug dealing which makes much, much more per hour of effort than regular jobs.  The only way to change this is to legalize drugs and let addicts be addicts instead of tormenting everyone with demands that addicts not do their thing and making the profits from drugs sky high. 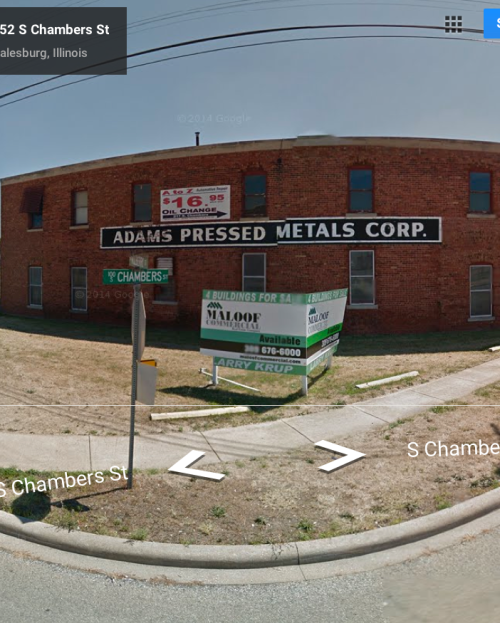 Nearly all the other businesses producing stuff has also closed in Galesburg.

Anyone speaking the truth is chastised by our media hounds:  SAY WHAT?! NYPD Commish Bratton says it’s hard to hire black cops — ‘So many of them have spent time in jail’ which is true.  When hiring people who think breaking the law is fine, this means they go around committing crimes as cops.  Recently, cops in NYC have been arrested for stealing stuff from crime victims and criminals both.  The breakdown in social order is blurring the lines between cops and criminals.  The entire prison system is rife with these problems.  I live just down Rt. 22 from the spectacular prison break where one of the staff gave two murderers tools to break out of the prison.

Everyone is scared because these guys are moving through the woods looking for homes to break into and steal stuff.  Far from demanding all cops retreat and cease activities, we want more of them for our part of New York has virtually no police at all, for example, the state trooper mini-station here in Berlin was closed due to financial savings 8 years ago and since then we have not a soul out here patrolling the place.  No crime wave, though, due to cultural reasons.  But we are now nervous and the guns are out.

In NYC, EAST HARLEM HAVOC: Cop shoots gunman who allegedly blasted another man — then pointed weapon at officers, police sources say as the mayor suddenly decided to double police in high crime neighborhoods to stop the epidemic of shootings there.  Most of these are due to drug deals.  Drugs dealing has taken over the once-staid mid-US states that used be far less addicted to drugs.  Now, it is a scourge not just in the big cities where jobs are also vanishing but all over the place. The War on Drugs was lost decades ago.

Meanwhile, back in China:  ​Hungary becomes 1st EU country to join China’s Silk Road project as Russia and China expand free trade businesses and push hard to change the flow system that gave Germany and other shipping nations great power.  Germany and the other EU shipping nations like the Netherlands and Norway and France all asked for this to happen by trying to cut off Russia and overthrow an elected government there.

the Chinese are spending $62 billion on all this infrastructure building while Obama was considering 1,000 additional troops in Iraq only this is too expensive so it was cut by 50% to 500 troops to ‘train’ Iraqis who know perfectly well how to kill each other and like the Afghans, don’t need any help in learning how to do this.  The ‘troops’ being trained by us have all been people who wanted a pay check and had zero desire to fight at all and ran off the minute the ‘training’ stops.

We wasted nearly $2 trillion in warmongering, fighting, training, building useless bases that are now abandoned, etc.  The losses are tremendous and made us much poorer.  And this lunacy continues as Russia and China build trade systems.  The Silk Road is driving our rulers nuts and they desperately want to bomb it to smithereens like we did to Iraq and Syria and Libya and on and on and on.  Like the War on Drugs, the more we do this, the worse off we are.

14 responses to “Free Trade Kills Even Small Towns: The Destruction Of Galesburg, Ill When Maytag Went To Mexico”