No ‘comfort women’ fund until removal of Seoul statue: Japan source: Japan just sealed a deal with South Korea (not China!) to pay reparations to the tiny handful of still alive ‘comfort women’, aka, ‘sex slaves’ they abused during WWII.  No sooner were the Japanese names inked, one of the men ran off to tell the right wing Japanese nationalists that the only way Japan will pay a single yen to these women is if the South Korean government removes this statue commemorating the victims of Japanese aggression.  The South Korean people are up in arms now about this and the deal has collapsed to the great satisfaction of the Japanese imperialist elites.

END_OF_DOCUMENT_TOKEN_TO_BE_REPLACED

Most everyone is enjoying cheap oil these days.  But oil pumping nations are not happy at all and there is no OPEC anymore as the ISIS gang funds itself via cheap oil sales via Turkey.  Saudi Arabia unveils record deficit as it succumbs to oil price rout – Telegraph

The Saudi government has planned to narrow the deficit to 327bn riyals in 2016, by cutting back spending from 975bn riyals to 840bn riyals. The state has had to resort to tapping its foreign reserves and borrowing from debt markets to finance running costs this year, as it also adopted “some procedures” to cut back spending…

It came as a leading Russian official condemned the Saudi government for “destabilising” oil prices. Alexander Novak, the Russian energy minister, was reported by news agency Tass as saying that an increase in Saudi oil production was “effectively destabilising the situation on the market”.

The entire Saudi society is a welfare organization and is run by thugs who brutally rule in a fashion few nations can surpass.  Once the welfare money is cut to the lower classes while the Saudi royal clan continues to live in extreme luxury, the chances of an ISIS uprising increases.  Russia is now right next door to Saudi Arabia bombing ISIS and driving them out of the cities in Syria.  ISIS Bombs Restaurants in Syria’s Kurdish Northeast, Many Killed as the fighting in Syria increases due to Russia’s pressure.

Turkey’s Offensive Kills 200 Rebels, 150 Civilians.  In the US news,  Turkey’s Campaign Against Kurdish Militants Takes Toll on Civilians says the New York Times.  Since Turkey is a NATO ally, it is OK to do this whereas if Russia kills even one civilian during this war, the yells about how evil Putin is rises to deafening levels.  Of course, the US has a very long and ugly history of killing civilians during wars including the spectacular annihilation of nearly every civilian when the US nuked two Japanese cities.

Turkey’s President Tayyip Erdogan says Assad killed 400,000 which is not backed up by anything and which is pointing fingers when doing the same thing which is funny to watch except that NATO conspired to destroy Assad from day one and worked hard to insure that foreign radicals could invade Syria and fight there since Israel and Saudi Arabia both hate Assad for religious reasons (Assad is not the same Muslim religion as Saudi Arabia’s despots).

The UN supervised the retreat of Fighters, civilians evacuated to Turkey; 32 killed in Homs.  That is, these are the people who were encouraged to rise up against Assad and who helped destroy the country in hopes of launching a smaller state hostile to Assad.  Breaking up Syria helps Israel and Saudi Arabia dominate the region.  It is notable that these people were moved into despotic Turkey which still has ‘elections’ but increasingly is moving towards autocratic rule.

Despite the cease-fire deal, there have been two major bomb attacks in the city in the last two weeks. Twin blasts in the Zahra district of Homs, claimed by Islamic State in Iraq and the Levant (ISIL) killed 16 people on Dec. 12, and at least 32 people were killed when two bombs exploded in the same quarter on Monday.

Another deal, that sought to extract over 2,000 ISIL fighters from south Damascus, was scuttled last week in a blow to UN efforts to end a years-long government siege of parts of the city controlled by a patchwork of rebel and jihadist groups that has impeded the flow of food and humanitarian aid, starving many people to death.

Bashar al-Assad’s government, and Turkey, which backs the rebels, helped organize local cease-fires in Zabadani and the two villages in Idlib in September in the first phase of the deal overseen by the International Committee of the Red Cross.

The mostly Sunni Muslim rebel fighters going to Turkey from Zabadani would then be able to go back to rebel-held areas in Syria through the northern Turkish border or stay for treatment, according to rebel sources close to the negotiations. The Shiite Syrians leaving the besieged towns in the north would be able to get to Lebanon where Hezbollah would be able to watch over them, added the sources.

Video: Dramatic video of Russian air strikes ‘on Islamic State oil empire’ – Telegraph in England shows.  Russian successes are ignored or played down in the US or is reported as US victories.

Back in the US, Donald Trump pulls into statistical tie with Hillary Clinton in 2016 race | Daily Mail Online

In a hypothetical matchup with Trump, Clinton is now just 2 points ahead in a poll whose margin of error is 3. And 36 per cent of GOP voters say they’re excited about voting, nearly double the number of Democrats.

Hillary Clinton preparesto unleash ‘secret weapon’ husband Bill to boost campaign in key early states. Which is hilarious.  The US media is nearly all howling at Trump like crazed dogs trying to tree a raccoon which is throwing feces at them.  The more the howl, the more popular he is with the majority of Republican voters which drives the media owners crazy.  More propaganda, they decide! 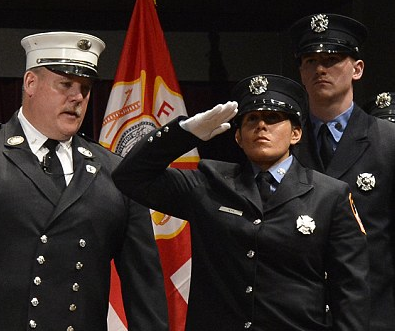 Female firefighter Wendy Tapia to get seventh chance to pass FDNY physical test: she is too small and way too weak.  But they still made her a firefighter because the city is scared she will sue them.  I have pushed very hard for equal rights since 1964 when I sued the school system in Arizona for the right to take boy’s classes, that is, auto shop and wood shop, etc.  I won long after I left school but I learned these skills elsewhere.  I always followed the exact same rules and regulations as the males doing these things, nothing special.

END_OF_DOCUMENT_TOKEN_TO_BE_REPLACED 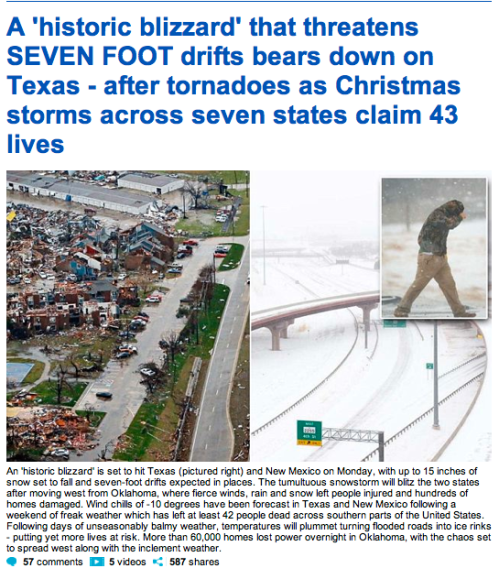 Here is the headlines from Europe reporting a major, killer winter storm that is relentlessly still hammering the United States.  This normally would be major news in the US media, too, once upon a time.  So I went to the Washington Post and New York Times both which are in the path of this dangerous killer storm, it is coming to my own mountain, too, and will hammer us, too, and NO NEWS ABOUT IT AT ALL.  Insane.

END_OF_DOCUMENT_TOKEN_TO_BE_REPLACED

Confessions of a College Professor Doom is an illuminating website run by this college professor who laments the gross changes in how the schools are run today.   I once taught at the university level and it definitely is going downhill.  When I went to college way back beginning in 1967, we had fierce competition for student slots and I fought hard for my positions.  Now, it is all about collecting vast government student loans and they take in anyone, any time in most places and professors who catch students slacking off or cheating are persecuted by the administrators who only want more students which equals more money.  This wretched mess is also hammered by our school systems that focus on everything but the real problems with our young people who struggle to learn.

END_OF_DOCUMENT_TOKEN_TO_BE_REPLACED

Half Of US Very Cold And Half Very Warm: Typical El Nino Weather 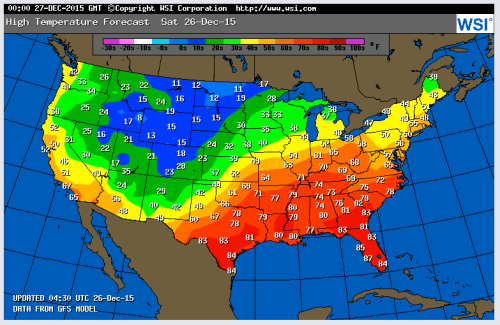 As is typical in most el Nino winters, half of the country is very warm and half is very cold.  For example, where I grew up in Tucson, Arizona, the high today is exactly the same high here in Upstate NY, that is, way below normal.  The Mountain States have been hammered by blizzards since the end of October with record snowfall in various places.  Of course, all the headlines are about how warm this winter is, not how it is half very warm and half very cold.  This infantile way of reporting facts due to propaganda needs pisses me off since it is painfully obvious what is going on.  Not to mention, the el Nino, after a brief revival from a recent wave of sun spot activity, is now fading.

END_OF_DOCUMENT_TOKEN_TO_BE_REPLACED

Merry Winter Solstice To Everyone, May The New Year Bring Happiness

Maine’s Bangor High School says Hello Kitty Christmas tree can stay after all.  Pagan rituals are again allowed in school!  HAHAHAHA.  Much of Xmas since the mid-1800’s is pagan practices.  Before this, people who were Christian went to church and had various rituals that existed at least since King Henry VIII’s day or the Catholic and Orthodox rituals that are around 1,000 years old.  So happy Yule to everyone and burn a log for the gods of winter, the Solstice is here.  The sun will begin rising earlier and earlier in the morning.