Black Is No Longer Beautiful, Blacks Hate Their Looks And Try Hard To Hide Natural Beauty 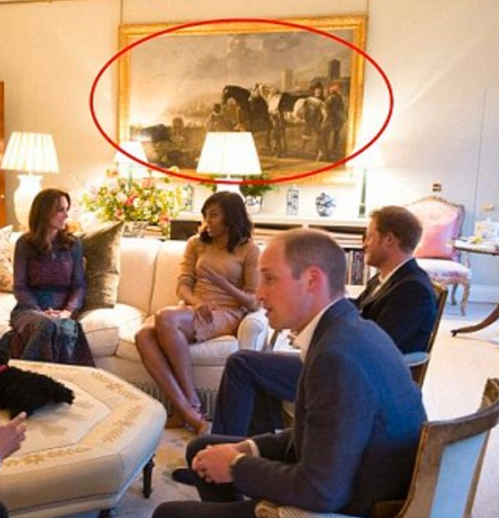 Royal family hides word ‘negro’ on Palace painting for Barack Obama visit by  moving some plants and lamps in front of this painting showing a young black slave holding a horse’s lead line.  Aside from toadying up to the British royals who my own family fought back in 1620 and then in 1776, the royals using subtle ways of keeping the slave picture up while hiding it but not totally, describes how things really go today: hypocrisy is rampant and doing silly things that are meaningless while changing nothing is standard operation procedures.

The word ‘negro’ had to be removed from a painting (ringed and inset) inside Kensington Palace at the last minute before the Obamas arrived for their informal dinner with they royals. The U.S. President and First Lady were just moments away from being entertained by Prince William, Duchess Kate and Prince Harry on Friday night, when an eagle-eyed assistant spotted a plaque, which named the piece of art ‘The Negro Page’. A frantic removal reportedly took place inside the drawing room to avoid causing offense to the American couple. A pot plant was also put in place to cover where the plaque would have been.

HAHAHA.  Glad the Brit press covered this because the US media hid it like it hides all sorts of amusing stories that are quite important for this business is deadly important.  We are seeing attempts at encouraging rampant crime, open riots and overall, isolating blacks from the rest of society while feeding them lines that tell them, they should embrace criminal, vicious behavior as a great and wonderful thing…mostly because it is great entertainment for our rulers who know the vast public will embrace them to protect them from feral blacks who are deluded into believing being feral means being powerful.

Black celebrities work hard at using surgery and drugs to make them more ‘white’ while at the same time, telling real blacks they should revolt and be ‘proud’.  I remember the ‘black pride’ movement which surged up in the 1960’s, I knew a number of Black Panthers in California really, really well.  ‘Black is beautiful’ started back then and I fully approved of all this and we had the women’s right movement, too.  I was very big in this and was literally the first school girl in 1965 who sued for full rights in school, for example.

Now look at things today: both the women’s rights movement and black power movement is self destructing.  Yesterday, Wendy Williams who started life as a very attractive and very black young lady, is now this Michael Jackson clone with a weird, ugly nose, high cheeks and another woman’s hair and blown up titties that look like a cross of Mae West and Frankenstein.  She is in the news yapping about the Beyonce video showing a heavily surgically altered black female who got herself redesigned as a white female, roaring about revolution and hating white women who steal her boyfriends.

On Monday, she accused Beyonce and Jay Z of setting up the drama over ‘Becky with the good hair’ to boost album sales.

I am glad she is bringing this up but I am amazed at how utterly she destroyed her good looks seeking to be a white woman.  Here is this poor woman in the news two years ago:  Wendy Williams opens up about being ‘fat shamed’ as a child | Daily Mail Online 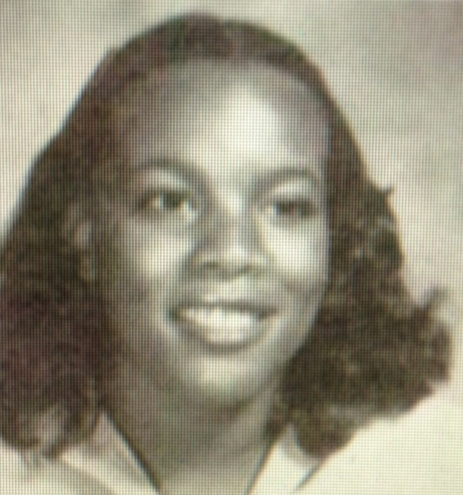 Here is her school photo from when she was only 17 years old!  Isn’t she lovely?

From then on the TV talk show host was ‘fat shamed’ by her entire family, leading to a cocaine addiction in the eighties and multiple surgeries in the nineties, including liposuction and a tummy tuck.

The popular daytime fixture – her Wendy Williams Show draws two million viewers – is careful with her health these days because she has both a Thyroid disorder and Graves’ disease.

But Wendy is grateful. ‘I’ve corrected just about everything that bothered the hell out of me in my twenties, thirties and forties,’ the outspoken star said.

A series of serious lies here.  She wasn’t ‘fat’ at all when a teen.  She was BLACK.  She has spent a fortune to fix this problem and turned herself into a blow-up doll.  Her health is declining while her body looks like something from a wax museum and this is due to her many surgeries and drugs she takes to make her look white.  She will die young like Jackson and others trying so hard to destroy their natural black beauty.

She is ugly today.  I can’t stand to see her pictures or live, it is a horror show.  Look at that charming, real face of her youth!  She was really, really beautiful.  And today, most black women wear wigs making excuses for this when the entire reason they all do this is to look more white but can’t afford to erase their natural looks with expensive surgeries.  How very sad this all is!

3 responses to “Black Is No Longer Beautiful, Blacks Hate Their Looks And Try Hard To Hide Natural Beauty”