Global Warming: Here’s how it could trigger the next financial crisis due to all the hurricanes hitting the US for the last 10 years and this year’s terrible hurricanes and look at the picture below I took the day this news story came out: these hurricanes never went beyond category 1 and both died out to sea and hit Europe along a cold front so there is snow there now in the mountains. 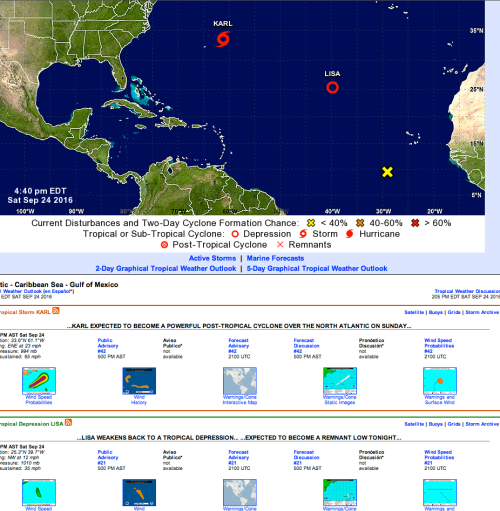 Hurricanes last week that petered out.

We are in the middle of hurricane season.  There isn’t a single hurricane in the Atlantic at all.  There are in the Pacific, some of them in Asia are pretty nasty, even huge, but not a peep in the Atlantic.  This is typical of a yin/yang weather system.  And the Northern Hemisphere is warm over half of it and cold over half of it and the Southern Hemisphere is mostly all colder than normal with Antarctica continuing to gain ice as the North Pole is now setting up to gain more ice again, too. 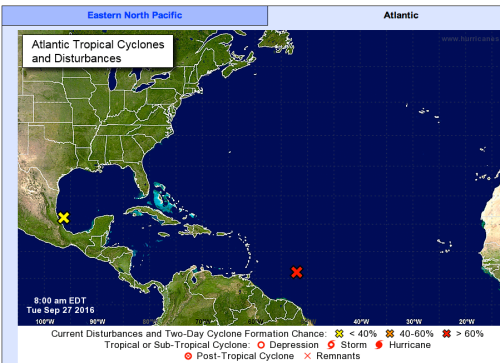 Hurricanes today that don’t even exist.

Unfortunately for the industry, scientists are predicting that natural disasters, and particularly hurricanes, are going to grow in intensity as the effects of climate change grow. For instance, forecasters are predicting Miami—the twelfth largest metropolitan economy in the United States—will have anywhere from 4 to 8 hurricanes this year. The incidence will only grow over time, as will the chances of unprecedented property damage.

So the six to eight hurricanes have become none so far and the chances of more suddenly appearing is near zilch.  It is obvious that the cycle creating no or very few, and those out to sea and weak, storms is still continuing and instead of wondering why this is happening, ‘scientists’ are in denial or are outright lying due to being intellectual frauds.  I choose the later explanation.

Of course, this is the worst-case scenario, and therefore not the most likely to happen. But remember that the subprime mortgage crisis—and subsequent overall decline in housing values— was an unfathomable event to the vast majority of professionals in the business, which is why it was able unleash such damage.
On October 21, 1926 the coastline in Miami, Florida, following the great hurricane, which brought an end to the Florida land boom.

HAHAHA.  The housing crash was no mystery.  Sane people not only saw it coming, they yelled various warnings about it all and it went boom to bust like all the many, many previous boom/bust cycles and the creators of this mess all were lying about it and should be in prison including the GOP Presidents and the DNC Presidents who encourage, allow, deny responsibility for these bubbles.

Want to stop global warming? Then STOP having babies, says academic | Daily Mail Online reports.  Yes, the hottest nations on earth on the equator have a population boom whereas the coldest nations have a baby deficit below the replacement levels.  And we are all roasting to death.  Yup.