My Computers And Systems Had To Be Rebuilt And It Doesn’t Work Entirely Like Before, Rats! 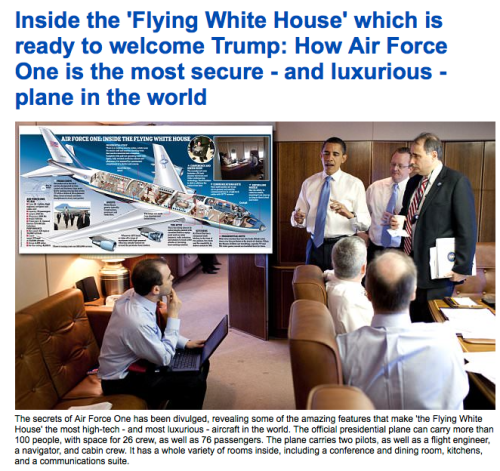 Inside the Airfarce One which Trump doesn’t want right now.  Oh, the media has been attacking him nonstop about this. ‘How dare he refuse to spend $4 billion on a private jet!’ the mainstream media howled like banshees yesterday.  Most of them lied and pretended it would cost less than a billion dollars but that was an outright lie.

Meanwhile, I am going through hell.  All new systems have screwy stuff with them as programmers tinker and change things making posting here at my site harder and harder to do with all the bells and whistles making the format system noisy, with all sorts of stupid things popping up which I have no desire to see, auto-correction which sucks to hell, I do my own corrections.  Sheesh. I have this theory that things work great at some ‘peak point’ only to be tinkered to death and boy, this tinkering system sucks to hell and is VERY hard to ignore.

Stupid programmers…always thinking they fix things when they make it annoying as all hell.  Every day for the last two years, systems have become more complex and more annoying to the nth degree.  Damnation!  I wish I could set up my own systems…Driving me nuts now.

Anyways, my computers conspired to die on me simultaneously this week.  They must have talked to my truck and car and tractor all of which my friend, Rob, has rebuilt for me so they run again.  Settling down for a happy time, my computers must have communicated with each other and the car’s computers to throw a mass revolt.  On top of this, the phones for my elderly inlaws stopped working and I had to fix that and then run around fixing other things for family members and so it was very annoying to have ALL my computers screw up the same week.

It was like being on the Titanic.  At least my vehicles still ran!  Most annoying.  I do think we have Poltergeist in this world, it is the only explanation for this sort of nonsense.  I now have to reconfigure a lot of stuff to make my blog easy to post again which is, as I said, very annoying.  Too much meddling by programmers…annoying.

I am annoyed tonight.  This is the night to howl at the moon only it is too cold outside.  Anyways, it will take several days for me to reconfigure my computer and to make things work properly again.  Rats.  But that is life!  I have to reconfigure a lot of things here to get them working properly again such as my ability to drag headlines to the main body of the story is now impossible.  Damn.  Very annoying.

17 responses to “My Computers And Systems Had To Be Rebuilt And It Doesn’t Work Entirely Like Before, Rats!”