Black Girl With Good Grades Gets Showered With Million $ Scholarships 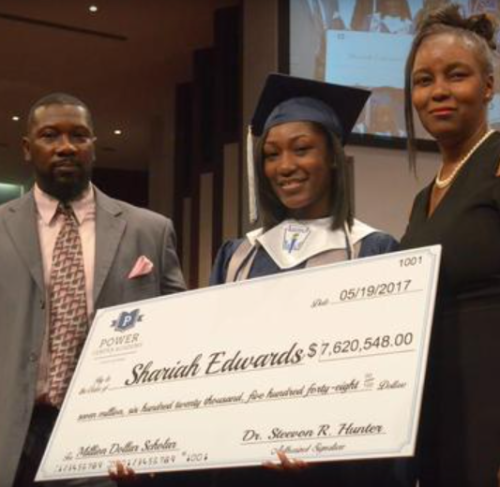 High schooler offered over $7M from 149 different colleges | Daily Mail Online. She was showered with scholarship offers.  All she had to do was get ‘good grades.’  Not even excel in SAT tests, etc. Just ‘good grades’.  Far from being discrimination, black children who do sort of well are given mountains of money and offers from top schools whereas Asian students who are much better get…nothing, nay, are told to stay away!  This is bad on many levels including being very racist.

Out of 145 graduating students at PCAHS, Edwards earned the most in scholarship money, though the grand total was over $30million.

Yes, the schools saw her name and race and said, ‘She might be able to survive going to school at least for a while!’  And showered her with offers because so few black students can, even with special help, qualify at all, much less be scholarship material.

All of the schools she was accepted to are four-year institutions, Woods-Wormley told CBS, and are all over the country.

Absolutely all college recruiters are banging their heads to find possible black students who can meet the qualifications to go to their schools.

‘I didn’t want to limit myself, so I did research and applied to the ones I was interested in,’ Edwards told CBS.

‘I was amazed, because i didn’t think I would get that many acceptances,’ she explained.

She said she is still narrowing down her vast number of choices, but that Tennessee State University is at the top of the list.

Um, so she isn’t Yale material?  I think this young lady has a brain after all.  She knows instinctively that she will crash and burn at the more competitive schools.

I had to win scholarships.  I worked insanely hard at this task.  It wasn’t gifted to me, nay, I had to fight tooth and nail and compete in severe tests that were not the normal tests but specialized tests that were college level material and by age 16, won a series of scholarships and…then crashed and burned by age 19.  Yikes.

The point is, yes, I did make the news doing this, and no, a multitude of schools did not offer anything, and those that did required I surpass all others, that is, the offers were very limited back in 1966.

Now, every year, I read of ‘genius’ black children who are given huge hand outs and…they barely qualify for this attention.  It is pure racism.  This stunts the learning curve in odd ways.

Why bother with excelling in various areas if you are punished for this? below is the AMC Statistics for winners of their most recent math tests and it is typical of all math tests: 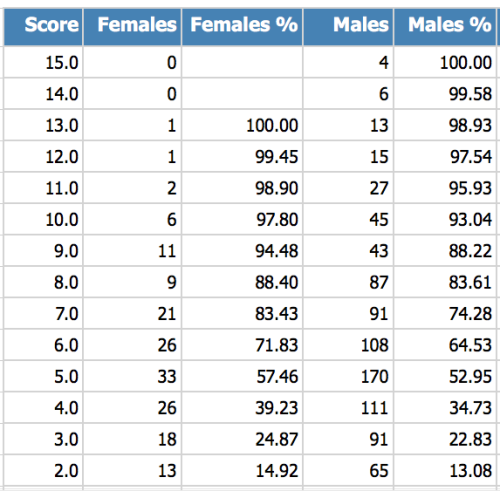 I shall explain this chart: 4 boys scored perfect. 6 boys made a very few mistakes. Only 1 girl did as well as 13 other boys who did worse than the top 10 boys.  1 girl was ranked at the fourth level along with 15 boys.  Total of boys: 38 versus 2 girls.

OMG.  That is cruel bad, terrible…and typical.  Boys utterly outnumbered girls the entire way, utterly swamping them at every level.  167 girls took the test and scored.  876 boys took these tests!  This is overwhelmingly male.

Winners Announced in National Math Competition Associations 2008 at my husband’s school, RIT the Rochester Institute of Technology.  He was one of the early ‘deaf’ kids to go to a prime university.  I am very proud of him because he left the ‘deaf’ program and joined the regular classes after honing his skills in communication.

He didn’t want to use a handicap, he wanted to see if he could succeed competing with everyone and I am proud to say, he succeeded via hard, hard work.

The competition here in a math test was won by…a girl and a black boy.  It was Junior High and the test givers know perfectly well, girls still do OK in math in Jr. High.  I did, for example.

Then my brothers and male friends in school all shot forwards while I struggled suddenly starting at age 14 onwards.  Pissed me off greatly!  Why, oh why?  I beat my brains trying to figure out why.

Then I figured it out: it is a sexual differential and I became very interested in this.  Why do so few girls go for say, messing with cars for fun?  I do this.  I enjoy working with tools.  Yet men who have a lower IQ than mine are quite expert with working on mechanical processes.

I am in awe of this and tell them, ‘You really are geniuses but no one notices because many men are geniuses and it pisses off everyone else.’

But that is the raw truth. The more ruthless the test…and the RIT one was subjective, not objective to begin with…the more boys leave girls in the dust miles behind.

KSEA – NMSC 2017 is a Korean-American math test and the winner gets to go to Korea…exactly how I earned my German year in school via winning a very tough competition.  The winner is…Andrew Jung, a male seventh grader from Houston, TX.

And…unlike me, he was picked randomly, not the #1?  Eh?  What a cheat.  Then there is this:  William Lowell Putnam Mathematical Competition –my grandparents were very connected with the Lowell family (astronomy being the ties here).  Well, reviewing the winners since 1927 to today in a major scholarship math test…all the winners are young males.  One, for example, was the famous scientist,  Richard Feynman who won in 1939.

William Nierenberg won the next year and by 1945, helped create the nuclear bombs.  Interesting to me is how most of the winners are Northern European/Jewish then Eastern European/Russian for the first 50 years then trends towards Asians bit by bit and in the last 20 years is virtually all Asians with some Jewish or Eastern Europeans mixed in.

No females.  Pretending we females are equal is futile, at the top, it is totally dominated by men.  And the ethnic mix changes over time but trends to be Northern Hemisphere nearly 100% Eurasian stock who came to the USA as immigrants.

I found this:  The American Mathematical Association of 2 Year Colleges Math Contest with a $3000 prize: no information about winners but amusingly, the person running it for the Math Department of the California college is…Ying Lin, who is Asian.

I clicked all over their stupid webpage to get the list of winners, they even have a ‘click here Past SRJC Champions’ and get nothing.  Figures, all these things are being systematically destroyed or hidden from view because math is 100% anti-PC.  It will not bend.  You can’t pretend with math, it is very cut and dry.

Faking it is hard as hell so…to hell with it all.  No one is supposed to notice all these hard working kids who strive like hell to win contests like these!  This pisses me off.

I used a number of search engine terms to find this information and nearly got none.  Last year when I did it, it was much easier.  Now, search engines get dumber and dumber, they are seriously being compromised by Google and I used Google deliberately to see if they really are screwing around with things to hide non-PC information and this confirms it.

It is interesting how the media/informations systems are being systematically warped and screwed up and censored in order to herd us all in various directions.

This is deliberate and with full malice.  Perhaps there is cunning, too.  For example, most of the people doing all the heavy lifting in corporations like Google are…Asian and Eastern Europeans who are hired to ‘think’ while the bosses ‘rule’.

I see this backfiring badly over time but who is going to stop this freight train that is derailing? 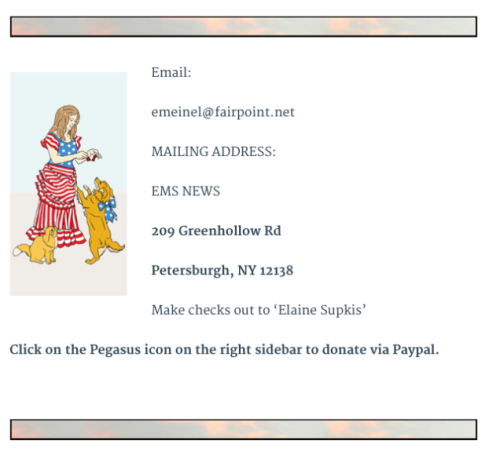