Videos » Alex Jones’ Infowars: There’s a war on for your mind!

The Comey hearings are on and everyone is running around like dogs chasing their own tails.  The liberal mainstream fake news systems has put it all down on the roulette table, hoping to drive the non-Bilderberg gang President out of office.  Too stupid to see the potential backlash, they hope to cripple a GOP White House, a GOP House, a GOP Senate and a conservative leaning Supreme Court.  This coup will fail, obviously.

I listened to some of this in between mowing my fields due to this being the only two dry days this last two weeks, we learn that Comey did give memos to friends to feed to the press illegally.  Well, well, well, this reminds me of the corrupt toad, J. Edgar Hoover, an old enemy of my youth.

He was one of the leakers.  DC bled leaks like the plumbing in a slum.  Trump, being an outsider, didn’t have a grip on anything from day one and the GOP power players and Bilderberg co-conspirators did all they could to trip him up but this will backfire on them in the long run.

UPDATE 12:50 P.M. As the public part of the hearing adjourned, and Comey has completely vindicated Trump ahead of a later closed session hearing where he and senators are likely to discuss classified information he could not bring up during the televised hearing, the whole thing turned out exactly like Breitbart News Network told you it would: A giant nothing-burger. Except for the fact that Comey admitted he is a leaker, has a network through which he has leaked information designed to harm President Trump. Oh, and that former Attorney General Loretta Lynch and other Obama administration officials may have engaged in serious misconduct worthy of further investigation–which Comey testified about today.

Meanwhile, White House spokeswoman Sarah Huckabee Sanders–from the podium at the press briefing–has told reporters that President Trump is not, despite what the leaker James Comey says, a liar.

Comey ‘shared’ information illegally to a university buddy of his who is a ‘liberal’ (note all the stories about the SJWs running our schools now).

The NY Times is already screaming for impeachment which is utterly irresponsible.  We shall see how suicidal Congress really is.  The Bilderberg gang met just this week and lo and behold, they try to engineer this event since they still hesitate to kill Trump.

Remember: he is NEVER ‘out of the woods’, he goes from one danger to the next.  These people play hard ball.  They think nothing of killing world leaders.  If agents inside the NSA and CIA want to pull another ‘let in a Marine to the US who defected to Russia and then came home and then let him have a rifle’ event, they will.

I would suggest, they are already propping open as many doors to assassins as possible which is why DNC judges in California and Hawaii and other states run by the Democrats, moved heaven and earth to allow as many Muslim terrorists into the country.  Look at how busy these are in Europe this year!

And they want us to be scared of Putin who has done absolutely nothing!

Russian news is real news.  Notice how even Trump can’t stop the stupid in Syria. 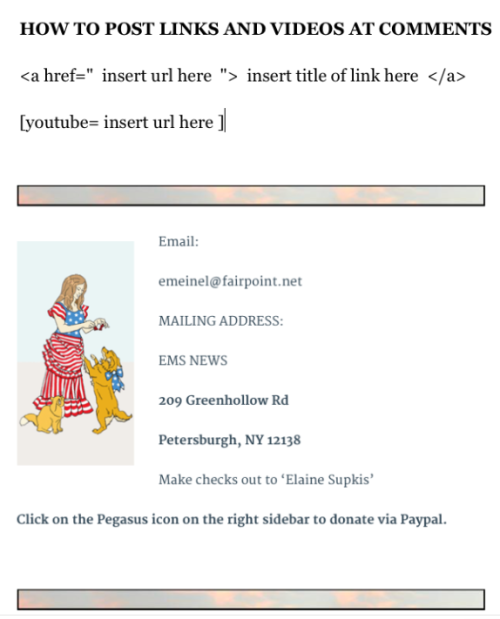