After a short pause, the continuous attacks on EU populations by Islamic radicals is picking up again.  The disaster brought down on Europe by the Bilderberg gang still isn’t properly reported in the news because the mainstream news in Europe and the rest of the first world NATO nations is mostly fake these days or hides the truth.  The rulers of our nations conspire secretly to do these things to us all and we are not allowed to know that they even meet in secret, much less, what they decide to do at these secret meetings.  The EU Bilderberg leaders are demanding Poland and other nations take in millions of angry Muslim males so they, too, can be terrorized.  Also, the EU leaders are angry that the US Congress is declaring war on Russia which means Russia is retaliating…in Europe.

Of course, the EU liberal media will blame Trump for all this.  Trump is like Gulliver and the Lilliputians who tie him down by his hair.  He has to do what they demand and since Congress is demanding nearly 100% for WWIII, we get WWIII.  All attempts, no matter how small, to create some diplomacy with Russia were hammered relentlessly by the Democrats and the Republicans and the media owners.  They all wanted this very badly and got it.

Trump has to sign on.  He cannot stand totally alone.  The real problem here is, despite six months of nonstop anti-Russian propaganda in the media, half of the country is pretty pissed off about all this and seem aware of the danger of WWIII and want to avoid this.  Liberals in major cities on the other hand, seem eager to be annihilated.  This puzzles me. Why do they all want to die? 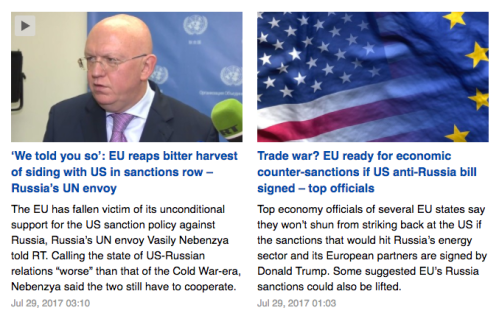 So…hilariously, Europe is going to sanction the US taxpayers who protect Europe.  HAHAHA.  This will backfire badly.  The utter arrogance of this relationship is the same as with Japan.  Yesterday, the Japanese government decided to slap a 50% tariff on sugar from the US because they wanted to increase their trade surplus at our expense.

Then someone slapped somebody hard for that news story was killed within hours of publishing it.  Too bad, I captured the story before it was killed.  It is now part of history.

Our ‘allies’ are all extremely creepy now.  They assume US citizens will protect them all no matter what, at our expense.  And on top of that, they all get to run trade surpluses with us!  This insane business is doomed to destruction, it can’t go on forever.

But they all want it to go on forever!  On top of this huge steaming mess that will lead to WWIII, we have this lunacy: 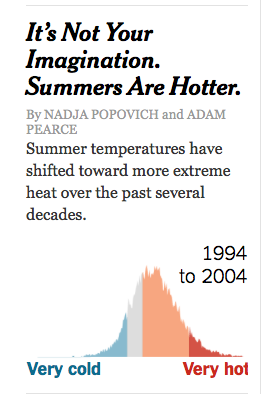 Good lord, we are COLD this summer.  We had a handful of sort of warm days but for the most part, it has been cold and damp like this is England not New England.  It is 55 degrees F outside and well into the day and it is July where it should be so hot, I should be using air conditioners which I barely touched this summer.

The pretense that it is super hot continues because desperate rulers want us to think we are roasting to death so they can CUT OFF ENERGY we use.  Yes, the plan is to freeze us to death in winter and this is already happening in first world EU countries where the poor and elderly are now being cut off from heat systems to ‘save the planet’.

The New York Times article about how we are roasting to death is from the same state where I live.  The gall of publishing this fake story this month is hubris, big time.  They just don’t care if nothing matches reality anymore.  Here is the news from England:

Yes, it was warmer than the 1970’s when everyone was talking about Ice Ages coming.  But this year is very much like the 1970’s!  This scares me for I do snow plowing and in the last year, the snow plowing has piled up more and more and I am bracing for a snowy winter.  GRRR.  How stupid is this ‘scientist’?  Well, he is paid plenty money to be stupid.  I suspect all this global warming hysteria is an excuse to start WWIII so we can have a ‘nuclear winter’ and thus ‘save the planet’?

We know for certain due to various obvious factors that the climate was at its warmest during the Minoan Warm Cycle when people of even central Europe went around half naked even in winter and homes in Crete were totally open to the wind because it was warm even in winter.  All scientific data from that era points to it being significantly warmer than during this present, short (150 year) warm cycle.

And the warmest part of this warm cycle was from 1920-1940 with a blip in the 1950’s.  Where is the Dust Bowl?  Nothing.  Note that during the warm cycle after WWI, women’s clothing became very loose and cool to wear unlike say, 50 years earlier.

During the 1970’s I wore fur coats which I bought from second hand stores because it was so very cold, for example.  Maybe I should look for some now?  Seems like a good survival strategy.  Why are liberals so set on this ‘we are roasting to death’ scam?  It just annoys the hell out of me.  Then they all move to California and whine about the messes there and cost of living and high taxes.