A Bronx teen was arrested in school for stabbing one fellow student to death and stabbing another.  Both victims were bullying the killer before he struck.  They all went to the…lord, the liberals are hilarious…Bronx Urban Assembly School for WILDLIFE Conservation.  Talk about insanity.  I used to joke about the local ‘wild life’ in NYC back when I was the Housewife from Hell, putting quite a few of these animals into cages.

I went to the US high school in 1963-1966 which had the distinction of being the school with the most murders of any high school back then.  I even made up a song about how we excelled in murder which ticked off the Dean of Students no end.  Well, I carried a real Mexican switchblade tucked inside my bra back then and periodically had to display it…but not in school.

Afterwards, of course.  I also was pretty good shooting guns, living on ranch and all that.  So the school thugs left me alone for the most part…Inner city schools are of two kinds: expensive private schools for the elites and the Jungle schools.  I tried to send my child to one of the ‘better’ schools in NYC only to see her traumatized by violent students in the third grade.  This was back in 1981 when the city was falling to pieces and I fled to a better school system.

The most unforgivable thing ‘liberals’ have done is turn inner city schools and schools attended by ‘minorities’ into total out of control hell holes.  My high school was hellish because it was a triple session school with way, way too many students, several THOUSAND and things fell apart due to that.

But now all schools in cities are flying apart at the seams due to the new theology that students should be allowed to run riot, punishing them is stupid.  Students go to 12 years (more or less) of taxpayer’s expense to learn nearly nothing.  Many, way too many inner city schools graduate children who can barely read or write or speak proper English.

The proud public school system that turned children from a hundred countries into one county, all citizens, is in full collapse and can’t even teach them all English anymore, the entire ‘how to integrate immigrants’ game that worked wonders for 150 years is a steaming wreck now.

The ‘horror’ of murder inside the school merely reflects the neighborhood.  All the people in the above video were happily yelling about how horrible it is to see murders when…this is NORMAL in NYC.  Good lord!!!

I’ll never forget a murder right in front of my own home years ago.  ‘I’ll kill you,’ yelled the man. ‘I’ll kill you deader,’ yelled the woman.  My irate neighbor stuck his head out the window, it was 2am.  ‘Will one of you kill the other so I can sleep?’ he yelled.  Then there was a scream, and my neighbor yelled to me, ‘Damn, she killed him!’

We arrested her.  It was one bloody mess and worse, was NORMAL.  NOT unusual.  She didn’t throw explosives like what happened a few months on my block.  It was open warfare and we treated it as a war and we won, bit by bit.  We showed no mercy to violent thugs.

NYC has a DNC mayor.  He hopes to run for President because he is big, tall and clueless.  And he hates cops.  Hillary pretended to hate cops so she could win and be a Bilderberg ruler but it was all fake.  DeBlasio is serious.  He hates the police and wants them all to disappear and they really, really hate him.

Way back in 1982, we tried to start Save Our Schools.  SOS was killed off when I fled the city due to being unwilling to destroy my own children via sending them to NYC schools.  It was all so pathetic.  The rich had private schools so they cynically, like the Obamas, kept things effed up because their own kiddies were safe and they didn’t care if inner city kids ended up in prison or on welfare, they were a power base while being utterly destroyed which is why nearly all DNC cities are hell holes with high crime.

America voted against high crime in the last election.  Gangs of illegal aliens were unleashed by DNC mayors to attack voters going to Trump rallies in DNC cities and this terrible abuse of our democracy has not been punished, not at all.  No hearings about this, no changes in how laws are enforced has come out of this.

DNC mayors and governors are now doubling down, it is now a big thing to fake passing grades:  Teachers: Despised Queens principal changed grades from failing to passing – NY Daily News.  This is not unusual, this is NORMAL.  All inner city schools under Obama were ordered to pass all students no matter how poorly they behaved.  So the students riot and get passing grades.

In 2010, Beach High School teacher: Failing grades changed for half of the failing students! Then there is the Atlanta principal changed many grades in 2015. 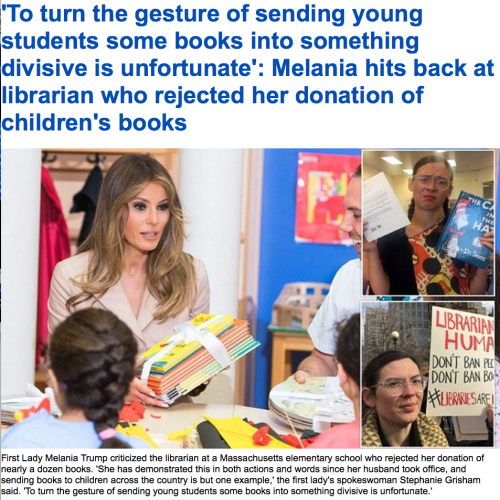 The First Lady went to an inner city school in a liberal city and was openly insulted by the librarians who claimed that Dr. Zeuss…of all people…is RACIST!  What???  Most of his characters aren’t human!  Is Cat in the Hat black? Oh no!  Can’t have a troublemaker black cat, can we?  This is the level of insanity.  Worse, the female in charge of the library has a sign up saying ‘don’t ban books’ and she has no idea how stupid she looks. Now time for a joke: 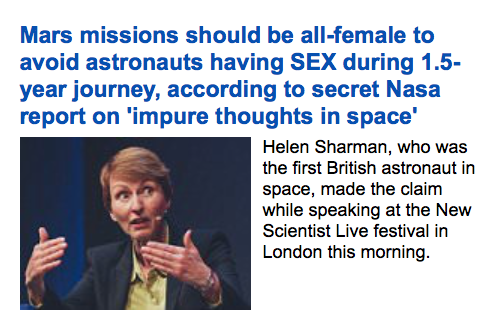 HAHAHA.  Men are from Venus and women are from Mars.  I know how females act when alone and it ain’t pretty.  Good lord.  Bitch, bitch, bitch and then some hair pulling.  I despise hair pulling.  Pull my hair and I do what boxers do: a right hook to the nose.  But for some reason, women just want to pull  hair.  So I suggest these female astronauts be shaved before they go.  That will fix things. 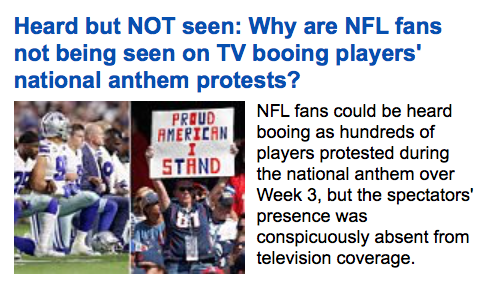 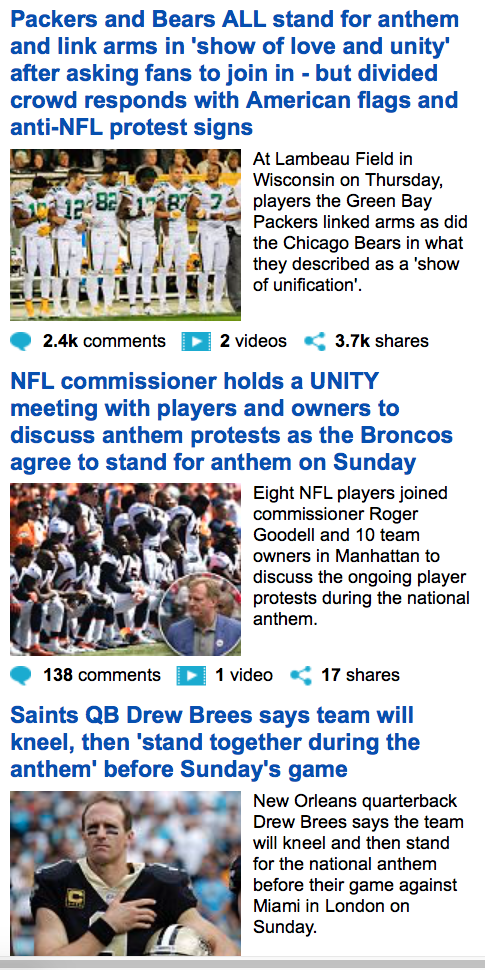 And here is the latest news in the broiling sports collapse.  The players are now INSISTING on insulting their fans who are rapidly turning into enemies.  What a great scheme to get rich: drive away one’s customers.  Go for it, dudes.  Send them all to Mars, too. 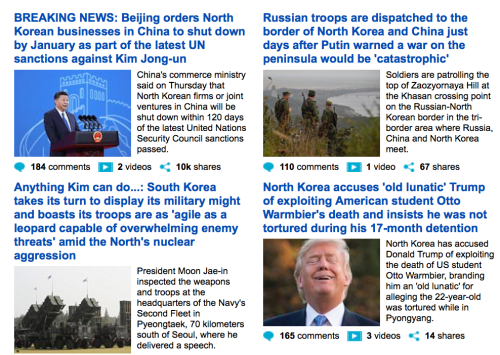 Trump taking the hard line with China is working.  Congress screwed up Trump by forcing him to not talk to Putin but so far, Putin is holding his fire for he knows Trump isn’t a lunatic like the Bilderberg gang. 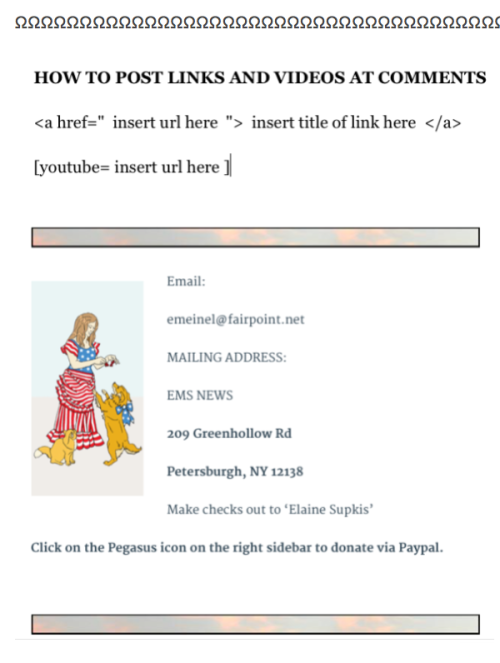