We still don’t know the motives of the mass killer in Toronto.  He did ape all previous mass killers from the Middle East: rent or steal a truck and then suddenly drive into large groups of people.  He wasn’t suicidal and didn’t kill himself.  He comes from a murky background and it appears that he may be a Christian who were persecuted for a thousand years by Muslims in the past.  This attack was on the anniversary of the Armenian mass murder by Turks.

Multiple Fatalities After Van Runs Over People in Toronto – YouTube

Ancient religious wars of the Middle East continue to plague everyone.  The Jewish takeover of Palestine seethes with retalitory rage in the region, but wars and actions between all the religions there are fraught with greatest violence and rage.  Liberalism barely exists in these areas and the rage is carried to whereever these populations move.

The attack happened in front of a kebab shop in Toronto.

Considering that the Arminians were massacred in the millions by Muslim Turks, conversion of an Arminian to Islam might occur as they generally dislike Islam. i knew an old co-worker who was from Aleppo whose family was forcibly converted to Islam by the Turks but resumed their Christian names and religion upon arrival in the USA. He showed me his Syrian passport with his old Muslim name. So perhaps he’s one of those forced Arminian converts who stuck with the new Muslim religion. Who knows at this point its all speculation

What is going on here is…people are now using the same terror attack methods to continue the multitude of religious wars raging right now in the Middle East.  The rage is fueled by massacres like the Turkish mass murder of Christians 103 years ago.

Armenians And The Iranian Constitutional Revolution Of 1905-1911: The Love … – Houri Berberian  mentions the name Minassian. Seems this one is a historian writing in French.  After WWI, France and Britain divvied up the Middle East between themselves to the irritation of President Wilson. 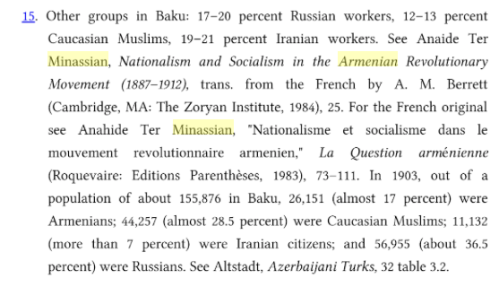 The long history of hate, mass murder, religious conflicts in the Middle East are being imported everywhere the people from that region go unless their new home states prevent this from getting worse and worse.  When my own family, displaced by religious wars between Catholics and Protestants, was forced out of England, they came to the New World and were generally very open to all religions, indeed, going back several generations, they tended to be atheists.

A number of the people who wrote the Constitution were very highly aware of religious wars and to prevent this from taking root, protected all religions and even better, all people who had no religions.  This was very revolutionary, didn’t happen before.  It was new and different!

This is under constant threat by fanatical religious lunatics who love religious wars and want these to rage everywhere, all the time until total victory (the death of everyone else or enslavement of everyone else).

Authorities are trying desperately to deny this is a religious terrorist act.  The multitude of religions in the Middle East is fertile ground for people who are emotionally unstable to act out terrorist attacks to keep the kettle broiling there.  The fact that this happened on the anniversary of the Armenian massacre means it was very much a political act, not some frustrated male being insane.  No, it is the general insanity that infests all the people from that politically hot part of the earth.

10 responses to “Canadian Man, Minassian Kills Victims In Front Of Halal Shop On Anniversary Of Armenian Massacre 103 Years Ago”