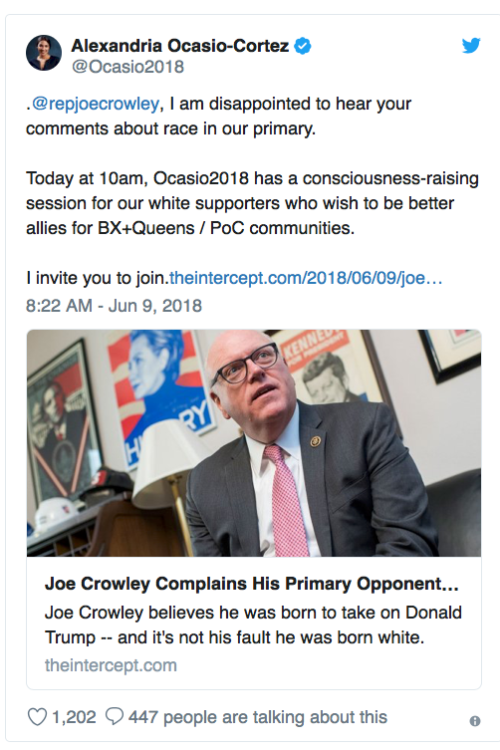 Meanwhile, in the Bronx in NY City, a Hispanic very young lady running as a Democrat but who is an actual real bonafide communist, ousted the corrupt DNC politician who was one of the big shots inside Congress and who was expecting to be basically running the DNC side of the House of Representatives…tossed aside for a woman promising a socialist paradise with free money and endless immigration to the Golden Land.  NY: 10-Term White Dem Ousted By 28yo Latina Socialist In Racially Charged Race.

Crowley is Irish.  The Bronx side of his district is very much immigrants and since our governor and the mayor of NYC have conspired to enable illegal aliens to vote illegally…in hopes of boosting Hillary, this is backfiring very badly on these clowns!

THEY are getting voted out of office and out of power!  Duh!  There is this old Chinese curse, may your wishes come true and this is a fine example.

New York has some of the worst Gerrymandered districts in America.  The concept and word ‘Gerrymander’ came from a 1812, Massachusetts newspaper cartoon. 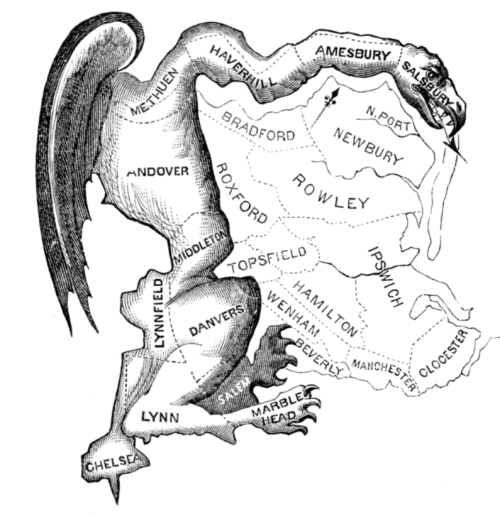 The neighborhoods in the district where yesterday’s election happened is very Gerrymandered.  There is no connection, physical nor economic, between both.  The ‘get out the vote’ push that encouraged illegal aliens to vote brought thousands of people out of the teeming slums in the Bronx and now the well-off on the other side of the East River now have to live with a communist taxing them all heavily and making their lives very miserable.

The 10th District is even more Gerrymandered: HAHAHA.  The East Side of Manhattan is connected via a long corridor and over the water, too, to Midwood.  Italians dominate, there.  All of NY is like this mess.  This is why our politics stink, our people in Congress stink.

The stupid liberals brought this down upon their stupid heads, using illegal aliens to elect Hillary.  The alligator carried the donkey across the river but now will eat it.