.@FLOTUS Melania and I were honored to visit our incredible troops at Al Asad Air Base in Iraq. GOD BLESS THE U.S.A.! pic.twitter.com/rDlhITDvm1

Click here to see how the dying magazine, Newsweek, gets hysterical about Trump being photographed with troops in Iraq.  It is a long, long article of whining about this and how this endangers the troops who might be blown up because of this!  The goofiest part of this hysteria on the left and the Bilderberg gang’s naked attempt at spooking everyone is…the ‘terrorists’ can easily see where US troops are all over the planet!

Duh!  The troops are often people who are foreigners who look and talk and act different from the ‘natives’!  Figuring out who they are is ridiculously easy!  This whining, whinging article pretending that the writers who are liberals, are genuinely worried about our troops (or anyone who is military/police) is fake as well as nasty.

Here is proof the troops loved Trump and wanted to take pictures of him with them and share these with the world which is how Newsweek got a photo here:

A pool report during Trump’s visit said the details of the trip were embargoed until the president finished giving his remarks to a group of about 100 mostly U.S. special operation troops engaged in combat operations in Iraq and Syria.

The pool report went on to say that Trump paused to take a selfie with U.S. Navy Lieutenant Commander Kyu Lee, who said he was the chaplain for SEAL Team Five, based out of Coronado, California. The chaplain said Trump told him: “Hey, in that case, let’s take a picture.”

HAHAHA.  So, the pool of fake reporters itching to find something, anything they could report that would be nasty were told to wait…until Trump was done talking to the troops…before they could be unleashed to squawk at him!

While being photographed at the troop meeting, surrounded by happy men (yes, nearly all people fighting in dangerous places are still males!) one of them said he re-enlisted because Trump won the election!

Newsweek, being run by people who hate America with a passion, didn’t mention this business, either:

Please retweet this for our Troops and for @realDonaldTrump so everyone sees this.

President Trump and Melania were welcomed in Iraq by our troops on Christmas.

The USA chants will bring pure tears to your eyes. What a Christmas moment. pic.twitter.com/AlaVcUhLF9

The horror!  The troops were very happy and enthusiastic.  Why is this?  Oh!  Trump is finally winding down all these fruitless invasions created by the former gang who ran America!  The Bilderberg gangsters tangled our troops into ridiculous and quite illicit wars based on naked lies to the UN and the world.

Meanwhile, back in the good old USA, another police officer was murdered by an illegal alien.

Trump’s staff is very clever.  They included in the tweet the fact that Obama (as well as old Hillary) ran for office while claiming they would stop the flood of illegal aliens.  Yes, I have some memory left even though I am an old creature.  It amazes me how the entire DNC and their voter base has Alzheimer’s disease. 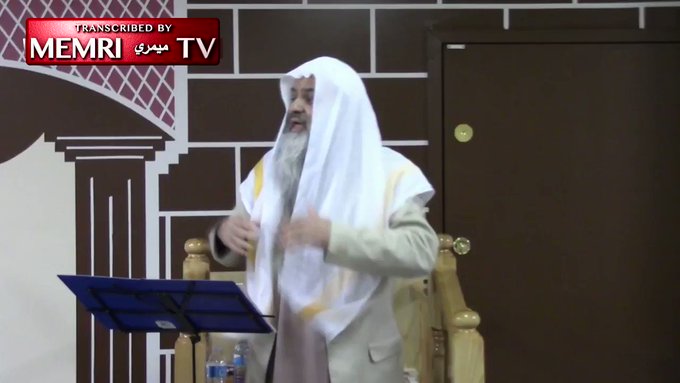 About insanity: Canadian Muslim immigrant, Younus Kathrada gave a sermon about how the Muslims plan to integrate into society:

Those Muslims who congratulate Christians on the Christmas holiday are committing crimes which are even worse than murder, according to Sheikh Younus Kathrada from the Canadian province of British Columbia.

During his sermon at the Muslim Youth of Victoria, which came ahead of Christmas celebrations across the globe, Kathrada expressed regret over Muslims’ perception of what he described as a “false holiday”, claiming that they “must be offended” by the beliefs of Christians.

Kathrada went further by arguing that if a person commits such major sins as adultery, lying or murder, “they are nothing compared to the sin of congratulating and greeting the non-Muslims on their false festivals”.

A viper at the breast.  This is a problem that has to be faced.  Europe is on the verge of social and economic collapse while millions of hostile Muslims invade.  Not all of them are terrible people but the majority of them are young men who are blatant invaders.  Very dangerous people, all armies are made of young males, not females, not little children and not the elderly.  Young men are the troops and this is the vast majority of the invaders of Europe: military age young men,

This Imman in Canada is a foreigner who should be deported for trying to start a religious war.  Here is the evil NY Times whining about Trump and accusing him of treason:

So, he will be impeached for bringing the troops home instead of treating them like servants of Saudi Arabia and Israel and kept in danger for these foreign powers.  He will be impeached for having a rousing stock market…oh, the panic over the Fed raising rates has shifted now and stocks have shot upwards as smart investors take advantage of the Xmas present of the mainstream media and DNC spreading panic.

Here is one stupid story about how the ‘right and left’ both want troops stuck in Iraq and Syria:

Note the photo here that the NYT used: the troops are silent and not smiling!  The ‘message’ this photo is making is pure propaganda.  What the NYT wants readers to think is, ‘Those troops are UPSET with Trump and angry they are being brought home.’  Seriously!  This is straight out of Pravda propaganda.

WASHINGTON — President Trump managed to do something remarkable with his abrupt order last week to withdraw all American troops from Syria and half from Afghanistan: unite the left and right against a plan to extract the United States from two long, costly and increasingly futile conflicts.

HAHAHA.  So, the NYT even admits the wars Obama and Bush Jr. created are costly and futile!  So, what is the solution?

So chaotic was Mr. Trump’s decision-making process; so transparent his appeal to his political base; and so lacking in a cogent explanation to allies or the public that the president’s move short-circuited what many say is a much-needed national debate about the future of America’s wars.

HAHAHA.  Again: Trump ‘short circuited a MUCH needed debate!  Wow.  What we are supposed to do is debate these futile, stupid and very expensive wars…forever and ever.  Not do anything sane.  Yup, that’s the trick.  Hang out and talk while US troops die for nothing.

The case for pulling out, military analysts and diplomats said, is stronger in Afghanistan than in Syria, where the United States is abandoning its Kurdish allies, leaving a vacuum that could allow the Islamic State to regroup, and ceding a strategically vital country to Iran and Russia.

Funny how this stupid story refuses to mention Turkey here.  Turkey is nearly totally at war with NATO over the Kurdish issue.  It is Turkey that wants to stop the Kurds!  Our NATO ally wants this stopped.  The neocons want it to roll onwards. Russia doesn’t give a hoot about the Kurds.  Neither does the US, Israel does, though, to weaken both Syria AND Turkey!

Yet even in Afghanistan, where American troops have fought a pitched battle for 17 years, those who believe the United States should get out are not speaking up. With the exception of a few vocal isolationists like Senator Rand Paul, the Kentucky Republican, Mr. Trump’s handling of the issue has been condemned across the ideological spectrum.

Note how the ‘experts’ want our troops who have been in a futile battle for 17 years which is longer than the equally futile and stupid War in Vietnam…well, why don’t these stupid ‘experts’ go to Afghanistan and fight since they are such smarty pants?  Eh?  EH???

Nope.  They want to have poor people who want a job to be sent there to be blown up.  This reminds me to visit the Go Fund Me site to see how our wall funding by citizens is going (Congress refuses even now to pay a penny for this!):

According to Go Fund Me, the American patriots raised nearly $18 million.  This shatters all previous ‘go fund me’ records.  At 6am, a patriot got up I presume on the East Coast because if that person was in California, it would be 3am, to donate $25 to the wall building project.

Reading all these articles attacking Trump for protecting our troops and our borders reminds me of what pure evil looks like.  The same clowns pissed off in Congress about bringing our troops home are the exact same clowns who refuse to stop invaders at our own borders.  Ergo: they are traitors.

Meanwhile, the horrible people in Congress sneer at voters and said, they will compromise with Trump and build a wall but only with half of what he is asking, less than $3 billion.  Wow.  A trillion for futile wars against Muslims and a pittance for border security.  Way to go, mainstream media and our political ‘leaders’ who hate America.