Another YouTube/Reddit Purge of Conservatives Like Molyneux And TRUMP Supporters

Today, YouTube fascists/Maoists have eliminated thousands of hours of one of the top philosophers on YouTube!  The coup is on.  This, coupled with endless riots and violence by ANTIFA with the covert push by the Democratic Party to destroy any systems protecting our civil rights… this is war.

Molyneux has always been a gentleman and used very careful language and was a very skillful YouTuber so there are NO REASONS whatsoever to ban him.  This is pure malice and spite by very evil people who want total power thinking they wouldn’t kill each other as they do the usual communist game of musical chairs.

Last week, Nigel Farage was removed from his YouTube platform, for example.

It all began with Prison Planet and Alex Jones.  One by one, they are removing all opposition online.  The Bilderberg gang which I talk about endlessly, controls a huge hunk of the media systems.  This week’s latest fake Russia scandal in Congress is fooling few people, it is a repeat of the beating of a dead horse and they know this so they have to have NO MORE OPPOSITION online with the news so they can spread fake news easier.

This is classic communism.  They all do this, invariably.  I have lots and lots of experience with violent communists, I know them very, very well.  Right now they are pretending they love gays and trans and other ‘minority’ groups but when in power, they hate these victims and will crush them, totally.  This has a 100% chance of happening because without exception, all communists do this.

It is worse with the Muslims: they will crush all civil rights and kill all gays and trans, not just put them in prison camps or mad houses.  History is grim when it comes to this sort of thing. 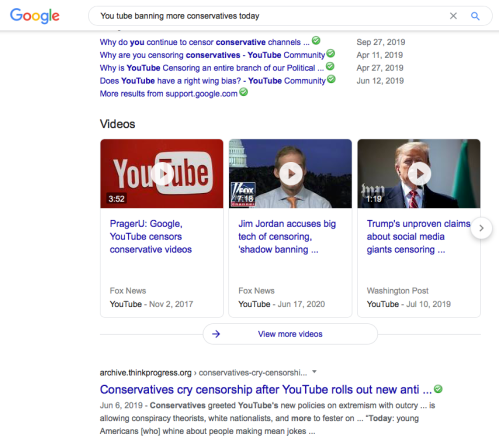 YouTube isn’t reporting this startling news, of course.  They are big on censorship.  Here is Wikipedia’s wicked false information about this philosopher they dislike:

Stefan Basil Molyneux (/stəˈfæn ˈmɒlɪnjuː/; born September 24, 1966) is a Canadian far-right, white nationalist[2] podcaster and former YouTuber who is known for his promotion of scientific racism and white supremacist views.[3][4][5][6][7]

Molyneux is described as a leading figure of the alt-right movement by Politico and The Washington Post, and as a far-right activist.[8][9][10][11] Tom Clements in The Independent described Molyneux as having “a perverse fixation on race and IQ”.[12]

In June 2020, Molyneux was banned from YouTube for hate speech.[17]

These asses call him ‘a cult’ which is utterly insane.  I have interfaced with him for several years now.  He is a rationalist and a gentleman.  He loves debates.  All irrational leftists hate debates.  They make DEMANDS.  Period.  No disputing whatever they demand and they will be violent if you don’t kneel to their demands, too.  Lovely, isn’t it?

The news is that Stefan Molyneux was banned by YouTube for alleged white supremacist views despite explicitly repudiating white supremacy and insisting on rational, evidence-based debate. But who cares about truth if a non-Leftist can be silenced. Disappointed in @TeamYouTube

I watch Janice, too.  She is a professor.  The purge of academia is picking up speed, too.  No free speech, no rational science, no sanity allowed, the schools are collapsing due to the disease and they are in a panic.

As I expected, Alex Jones already joined in fighting for Stefan:

YouTube censored the YouToube channel of author and philosopher Stefan Molyneux Monday, amidst a massive crackdown on free speech on major Big Tech platforms such as Twitch, Reddit, and Twitter.

Multiple channels that complied with YouTube’s terms of service were banned Monday morning, the most prominent being Stefan Molyneux, host of FreeDomain radio.

Molyneux’s channel had been active since 2006 and had amassed the largest following of any philosophy program on YouTube, as well as other social media platforms.

“Please friends – help me to raise awareness of the sudden suspension of my YouTube channel of 14 years – please politely tag @TeamYouTube to help correct this egregious error,” Molyneux said on Twitter.

The suspension of Molyneux’s account comes within the same time frame as a massive purge on Reddit, in which over 2,000 subreddits were banned:

On Monday, Reddit banned over two thousand subreddits today, including r/The_Donald and r/TheNewRight, allegedly to stop the “promotion of hate” on the social media platform.

In an announcement posted on Reddit, Steve Huffman, co-founder and CEO of the company, said that “communities and users that promote hate based on identity or vulnerability will be banned,” and that over 2000 subreddits were removed, although only 200 had more than 10 daily users.

Look, Hollywood and TV, comics and publishers all made it crystal clear, they are more than willing to destroy their own profit margins eliminating 50% of their customer base if they can gain dictatorial powers and thus, force us to have nothing but Pravda style trash for entertainment.

Here is the great Ben Garrison’s great cartoon about today’s purge.  So far, the other sane people are still on YouTube…but not for long, I think.

I bet Dr. Turley is next.  President Trump is being censored today, too!!!!

And the Russian gambit game is collapsing because it makes zero sense.

Russia is furious about all this.  The NY Times lied today about this matter, as per usual, being a top Bilderberg mouthpiece.

Tim is next in line, too.  Tim, be a dear and stop voting for any Democrats, they have all turned demonic!!!  DUH.