My home town of Evanston, Illinois is having a Juneteenth Parade and a Gay Pride Parade, but is cancelling the 4th of July Parade & Fireworks. pic.twitter.com/KFhJ335LEl

Democrats are demons.  They yell about how we cannot have public gatherings because of germs.  Then, since the very beginning of this epidemic, ONLY in DNC hell hole cities have we seen massive marches, riots, actions, mobs over and over and over and over again, every week, sometimes, every day!  This is insane.  Well, the communists running the DNC are delightfully preventing patriots from celebrating events like the 4th of July…while encouraging leftist parades and mobs!  Arrest all Democrat politicians due to obvious treason.

Here’s our first look at the truck in that hit at least 2 people at the #Pride parade in @WiltonManorsCty. I’ve covered up the license plate in case this was a horrible accident. @WPLGLocal10 Per @jojoWPLG pic.twitter.com/uj4aBq0Hws

In Florida, a gay pride driver waiting for their obvious parade which has been happening all year long all over the place, freaked out and thought he was hitting the brakes when he hit the gas pedal, instead, killing a person.  He is a member of a gay chorus who were going to sing at the parade.

We are in this unending loop whereby people who have sticks on their shoulders, demanding we knock these off so they have an excuse to attack us, trying desperately to find more excuses to attack fellow citizens.  This has a very nasty ending!  It is also very foolish.

Speaking of fools, Biden is obviously insane.  But hard to see this considering his entire party is insane.  Well, the former Obama doctor thinks Biden is senile and dangerous.  Time for obvious tests for senility.  But then, what is Harris’ brain problem?

She laughs like a deranged character in a Marvel movie.

Funny news: the NYPD in New York City, a dying hell hole mess created by Democrats, wants to pay us $3,500 for crime tips!  So people are flooding the call center to report corrupt DNC politicians especially the mayor, de Blasio. 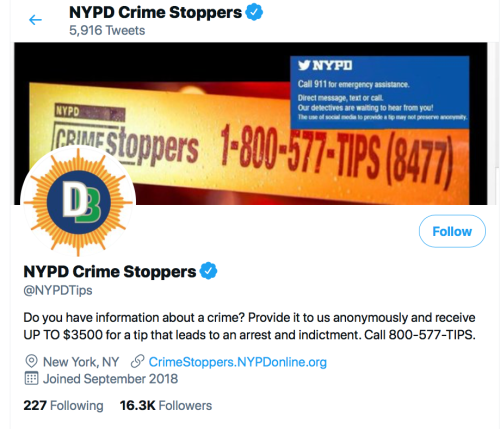 This is exactly what I said, too:

I helped put half a dozen DNC crooks in prison or the grave years ago.  Time to do this again.  But both Giuliani and I no longer live in the City.

Federalism is collapsing as more and more states resume States Powers due to a collapse in our government caused by deranged, evil communists who took over the DNC machine.  Note that the female in charge of our southern border who has forced Texas and Arizona to do their own border wall works, is too busy doing SEX PARADES for deviants: 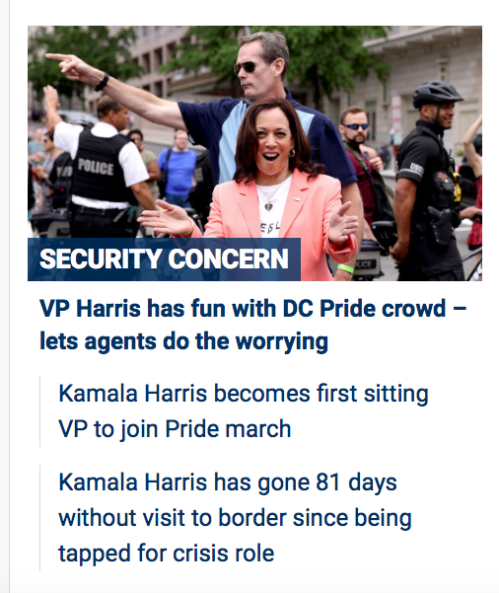 Meanwhile, Harris and her gangster sex fiend buddies are ignoring reality, blaming WHITE people for surging crimes when 90% of this is actually black/Hispanic DNC voters and illegal aliens committing nearly all crimes of every sort:

Whites are the majority population and barely showed up in the ‘who is the criminal’ statistics.  Nearly a MILLION race crimes are black/Hispanic gangsters attacking white victims!  Where is our senile President on this issue?  Where is Harris?  Where is Pelosi or any of these criminals destroying our country?