This is proof that ‘liberals’ don’t do math!  Math is, evidently, a white male thing but white male leftists deny their masculinity and claim there is no difference between the sexes so thinking this odd way, claiming that inflation is ‘good’ because it means people are ‘buying things’ is illogical as well as completely stupid.  Inflation works this way: things people HAVE to buy rise rapidly as money printing adds zeros.  Things people don’t need see little inflation.  And Biden’s gang previously claimed, their inflation is merely ‘zeros’ which is hilariously dumb but they are unfortunately, running our country now, totally and fatally.

Just to point out, in 20 hours, only Fox TV stood alone as the ONLY mainstream media that has now reported this news which has been basically concealed by our insane rulers in DC.  I have proof the ‘liberal’ devils didn’t say a peep about this riot.  They hide everything the left mass destroyers do, they ignore ANTIFA and pretend BLM is not a criminal operation that only protests the deaths of outright violent felons, nope.  All swept under the rug.  Here is what I found online, DuckDuckGo has an excellent search engine:

Here is the utterly totally useless Google search which is like it was done by Soviet agents: 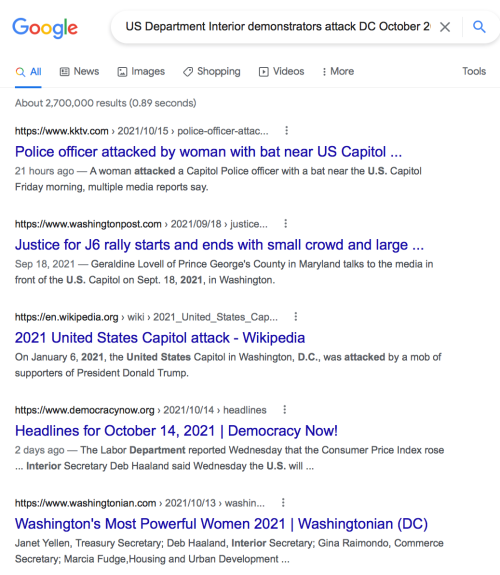 Google has finally found how to be utterly useless!  They made things worse and worse over the last four years and finally found perfect non-searchability.  It is officially useless now.  The evil elves running Google are really proud of their good communist efforts at preventing real news from showing up!  Give them all a pay raise!

Twitter is declining, too, but still has some functions operational so far (but not for long, I think):

I HAVE GREAT NEWS!

Barts was part of a Facebook group that encouraged teachers to post the personal info. of parents who oppose Critical Race Theory.

Thank you to every parent who gathered signatures for her recall.

The communist con artists who took over that school system are running for the hills, people with pitchforks are looking for them.

Meanwhile, their Dear Leader, Joe the Child Molester Biden, gives a speech and then suddenly yells about ‘Nuremberg’ for some reason:

Speaking at the dedication of the Dodd Center, which the university named after both Chris Dodd and his late father Thomas Dodd, Biden praised Chris as being a man who truly cares about people.

HAHAHA.  Sexual molesters love to cover for each other…read on:

Biden specifically mentioned Chris is not the type of person who would claim to care for people and then turn around and “disrespect a waitress.”

OK: here is the punchline….

This comment was oddly particular, especially considering Chriss Dodd was accused of sexually assaulting a waitress in a controversy that received heavy media attention in the 80s and 90s.

Birds of a feather!  The entire DNC super structure is like the Vatican, filled with sexual monsters seeking prey.

Please, PLEASE, someone arrest this man.  We now know he and his con artist son also mingled all their bribes so they both collected loot from the Chinese communists, this is treason, of course.  Note that liberals think open borders and open treason is OK but are scared of warmer weather than the Little Ice Age.  Sheesh.

Some news for germaphobes so you can understand what is going on when we still have huge populations not vaccinated against the virus: 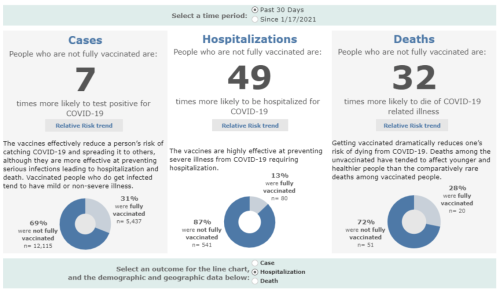 With more than two-thirds of King County’s population fully vaccinated, breakthrough infections are expected. But the dashboard shows the risk of developing COVID-19 infection, especially a severe COVID-19 infection, is much higher for unvaccinated people.
The best way to understand how well the vaccines are protecting us is to look at “age-adjusted relative risk.” This means comparing vaccinated and unvaccinated people of the same age and seeing how their outcomes differ.

This matters because older age groups have higher rates of vaccination, which protects them, and also higher rates of preexisting conditions and other factors that put them at risk for more serious outcomes from COVID-19.

I am fully vaccinated and happy to have it done, too.  Very happy.