We Are Always Freezing/Roasting To Death

CNN big shot gets drunk with Project Veritas investigator and confesses CNN is fake news and they believe we will roast to death if we don’t destroy America.  Destroying the USA will ‘save the earth’ and also get rid of pesky humans.  The above video is funny to me because England was freezing cold in spring with snow storms while…the Midwest USA was roasting to death.  All of this cold/heat was blamed on burning fossil fuels.  Just like today, the same blame that all bad weather hot or cold is caused by humans and not the local star, the Sun.

I have noted in the past that when it is ‘too hot’ in one sector of the earth at the opposite side of the earth will have ‘record cold’.  This yin/yang of all weather conditions is normal thanks to the splitting up of the one gigantic continent during the Dinosaur Age and the scattering of the many continents since 60 million years ago.  So one continent will have cold weather while another can have ‘global warming’.

Tony Heller’s list of all news stories blaming both cold and hot weather ’caused by burning fossil fuels’ for the last 100 years is very funny.  Why can’t our media today and worse, our ‘scientists’ know this information?  The ‘blame fossil fuels’ has been around for a very long time.

I have lived through serious drought and then serious flood cycles in Arizona as a child.  Since my father and fellow professors at the University of Arizona were curious about the sudden switch from no rain to rain/sleet and even snow happening very suddenly, they set out to find out how this works.  Made great progress in understanding weather systems back in the 1960’s to insane, stupid, fraudulent studies 50 years later.

Armies of well-fed, even fat illegal aliens are being shipped from Texas to NYC causing NY to whine about this being ‘evil’:  https://nypost.com/2022/08/14/more-migrants-arrive-in-nyc-david-paterson-calls-it-brilliant/

The NY Democrats love illegal aliens and now lets them all vote in all elections in NYC. But they don’t want all the aliens!  So they are upset that Texas, due to Biden/Obama open borders, is shipping these invaders to NYC.

Another busload of border-crossers from Texas arrived in the Big Apple on Sunday morning — as a top city official ripped the Lone Star State governor’s policy and a former New York gov called it “brilliant.”

Thirty-one mask-wearing, young-adult migrants got off a white bus about 7 a.m. at Manhattan’s Port Authority Bus Terminal amid the ongoing public war of words between GOP Texas Gov. Greg Abbott and Dem Mayor Eric Adams’ administration about the bussed border-crossers.

“We have serious issues about the way Gov. Abbott is treating asylum-seekers, especially because this is supposed to be a voluntary bus ride, and it appears that it’s not,” Castro told reporters at the Manhattan facility.

These well-fed, well-dressed ‘refugees’ are not ‘refugees’ they are invaders.  And they bring higher crime rates and more people mooching off of welfare into the country.  The liberals want this to happen and are insuring it will happen and are now very pissed off, it is being dumped into their own laps instead of flooding RNC states with aliens who then will work for the DNC to overturn our government.

The commissioner was apparently referencing reports about sick and unfed migrants, as well as those who were forced to come directly to New York City without stopping despite asking to get off the bus in Tennessee.

HAHAHA…’unfed migrants’ and look at them.  Every video shows fat aliens whining about food.  Yup.  They are ‘starving’ to death!  This is childish and ridiculous.

“We’ll talk to individuals, we’ll find out more,” he said. “In previous buses, people were sick, hungry, they had been through a lot. … There have been a lot of issues on the way here. As you may have heard, one individual, or many individuals, wanted to get off earlier, but the bus [driver] was refusing to.”

They all look totally healthy to me.  I bet a bunch of the fatter invaders whined about not enough food.  Sheesh.   Here is a funny cartoon from yesterday:

After putting this joke banner on my page, I saw this tweet:

The older brother of one of the 13 KIA in Kabul recently killed himself at his little brother’s memorial. Please pray for his family. There MUST be accountability for this continued carnage. https://t.co/7nPjpoqR4H

The brother gave in to despair, alas.  This tweet is from a Florida GOP Congressman, Mike Waltz: 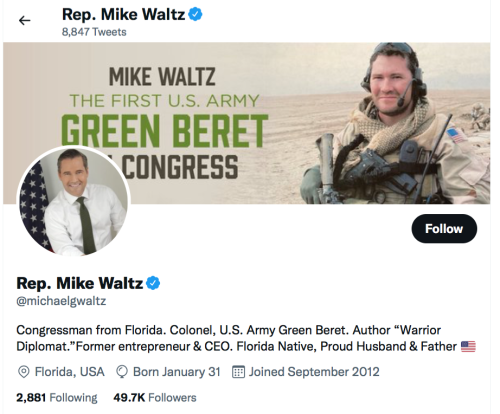 This happened last night and isn’t big news for some bizarre reason:

BREAKING: US Capitol Police say a man drove a car into a barricade near the US Capitol and began firing a gun into the air before fatally shooting himself.https://t.co/PAiZ4D1jU3

Not much information here.  We have to wait until someone tells us who did this and so forth.

And now we get to see here, a hilarious video of a mass murder via car in DNC Chicago:

Chicago has been systematically turned ‘black’ via high crime rates causing everyone else to flee this dying city.  The above video shows a gang of blacks fighting each other in the middle of the street and then probably a rival gang member drove right into them, killing them.

This happened next to a LBGTQ etc. bunch of bars.  Law and order in all DNC hell hole cities continues to deteriorate rapidly.

And here is a video about how real life works:

Me handling my problems.. 😂 pic.twitter.com/8VkigBnjBX

10 responses to “We Are Always Freezing/Roasting To Death”