What’s The Matter With Kansas: Race Politics Under Microscope 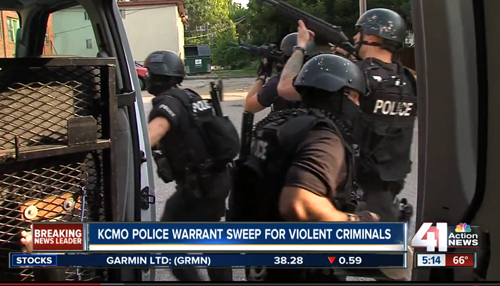 Liberals profess to being confused about Kansas being basically right wing Republican.  This is viewed on the left with distain and ill-concealed  hatred which is returned in similar kind by Republicans.  This is a great national divide and understanding how Kansas operates politically means looking at race and class statistics and we must ponder many issues that divide Americans.  The Immigrant Nation goes through various surges of distress due to floods of foreigners.  The social upheavals this cause are powerful.  The US cannot stand for long as a nation if we encourage and copy thug behavior, both the ghetto thug and the woman abusing biker ethos.  White and black youth are being marginalized and cut out of the workplace by foreign labor from Hispanic and Asian nations.

END_OF_DOCUMENT_TOKEN_TO_BE_REPLACED

Japan And Israel Abuse US Diplomacy For Imperialist Ends

Japan has grown so arrogant about its relations with the US, like Israel, the officials there deliver one slap at the face after another.  The latest from Abe’s imperialist crew is this:  Japan’s envoy to U.S. urges calm amid tensions with China ‹ Japan Today: Japan News and Discussion

Ambassador Kenichiro Sasae said people are afraid of the consequences of a deteriorating relationship between the two Asian powers, and appealed for a calming of “agitated remarks” from both sides.

Sasae told a Washington think tank constructive dialogue was needed, but also said Japan would not give in to pressure over its sovereignty claims.

END_OF_DOCUMENT_TOKEN_TO_BE_REPLACED 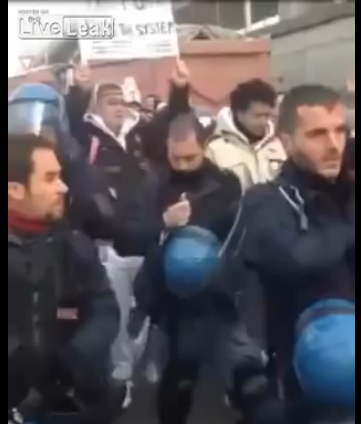 The anti-austerity demonstrators in Italy have been joined by the police.  There were few protests during the Berlusconi era even though the crimes and corruption of that period were rampant.  It seems the Italians liked this situation.  The thing is, US media is generally not reporting much of any of this.  Fascist demonstrations are raging all over Europe.  The US is just fine with these demonstrations that want to have a kleptocracy replace the stern German ‘do your duty and pay your taxes’ regime.  Just as the US Tea Party wanted to keep the status quo including any social programs that serviced them (Alaska being the top state when it comes to government handouts), the EU rightwingers also want to have their socialist cake while eating capitalist baked goods.

END_OF_DOCUMENT_TOKEN_TO_BE_REPLACED

There are so many things going on it is hard to keep up with the nonsense things.  But one big news story this week screams for attention: the US has been, along with Japan, grossly infringing on China’s front doorstep and are on the verge of triggering WWIII.  This is no small matter since the US has systematically refused to disarm even as it screams about Iran’s arms that don’t even exist anymore than Iraq’s WMD.

END_OF_DOCUMENT_TOKEN_TO_BE_REPLACED

Pope And Money, Fed And Money, Wall Street And Money, Bitcoins, And Other Money News This Xmas Season

Fed Reveals New Concerns About Long-Term U.S. Slowdown – Bloomberg news:  this story shows how deliberate stupidity runs things in the US.  We just witnessed a witless howl fest over the Chinese comment about ‘American Exceptionalism’ noting that the US is in decline.  The US decline is obvious and easily seen.  The Federal Reserve has many graphs detailing our collapse and yet the heads of this operation can’t understand why things are going bad even as programs they promote or admire are the direct causes of this collapse!

END_OF_DOCUMENT_TOKEN_TO_BE_REPLACED

US Media, Israel And Saudi Dictators Freak Out As Oil Prices Drop, Oh The Horror!

Oil Slump Seen as ‘Knee-Jerk’ Reaction to Iran Deal – Bloomberg News from Wall Street, NY.  None of the US media is trumpeting Obama’s deal with Iran as savior of the American middle and lower classes.  We have been absolutely hammered by high oil prices ever since the US declared unilateral war against the Arab Street and all Shi’ites.  I have regularly pointed out in the past that these insane, expensive wars also drive up oil prices hugely.  It is an immense war tax on the US consumers.  And the potential for higher oil prices is nearly never mentioned when our AIPAC/Saudi Congress debates more wars on behalf of these two states.

END_OF_DOCUMENT_TOKEN_TO_BE_REPLACED

Wall Street controls Congress and since the founding of the CIA, Wall Street has controlled our spies which is why they have always been quite inept, malicious and pure evil:  Why doesn’t NSA spy on Wall Street? – Salon.com

As many have documented, James Clapper, Director of National Intelligence, lied directly to Congress about the nature of the surveillance the NSA was carrying out on American citizens… Most recently, Clapper responded to the revelations that the NSA has been spying on the Brazilian oil firm Petrobras by insisting that it was, despite all logical conclusions, done in the name of national security.