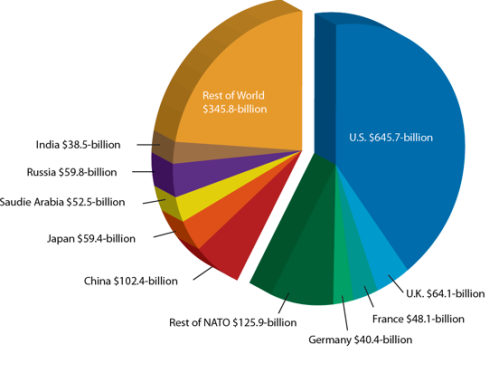 The US is the world’s #1 warmongering nation, it spends the most on it military and it has bases in more countries than any other, by far, and it is going bankrupt rapidly.  Sinking in a sea of red ink, both government debt and trade deficit, the nation continues to act as if it can be violent forever and this is why Congress, especially the GOP side, has decided to continue this wild spending, elimination of Constitutional rights and global warmongering.  With huge encouragement from AIPAC and our ‘allies’ in Japan and Europe.  A retired general just wrote a book about our military failures, too bad he waited until he collected his paychecks for killing people.