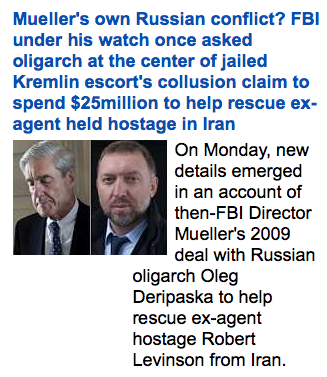 The Daily Mail has the gripping story about Mueller’s deal with a Russian Oligarch to pay a $25 million hostage in Iran deal…Palestinians riot due to Trump moving the embassy as the Jews demanded he do this…so Jews who run mainstream anti-Trump media are now suddenly siding with the Palestinians!  HAHAHA.  And worse, Stormy and her wretched lawyer make the news overseas due to the lawyer being a tax cheat and a con man!  Very suitable.  Not in mainstream US news, at least not on the front pages.

END_OF_DOCUMENT_TOKEN_TO_BE_REPLACED

Iran Deal—Sort Of—Can The US Defy Netanyahu’s Death Grip On Our Own Government?

The US made a deal with Iran about fabled nuclear bombs.  One of the most heavily armed nuclear bomb powers on earth and the only one to use two of these on civilian populations has made a business deal with a nation that never invaded anyone and which has never nuked anyone.  The US/Iran deal has angered the Zionist lobby in the US and there are doubts that this treaty will pass Congress which is entirely owned by Zionists.  Iran expects the US/NATO sanctions to be dropped finally but I seriously doubt this will happen.  The Zionists love using the EU and US to destroy the economy of anyone who they tag.  So celebrations about this deal are premature at best.

END_OF_DOCUMENT_TOKEN_TO_BE_REPLACED

The evil expansionist Russians!  The terrible Putin…well, I read the Russian news to learn what on earth is going on because much of our news in Europe and America are heavily censored especially when it comes to Jewish crimes.  Here is today’s news: Protests flare as Israel rolls out tender to construct 283 W. Bank homes — RT News.  We are supposed to view the Russians as brutal, vicious killers who run bulldozers over people’s homes and run over little girls or shoot little girls who get too close to guard towers, etc.  Except this is all Jews doing this stuff!  And we are not allowed to know or talk about it.

END_OF_DOCUMENT_TOKEN_TO_BE_REPLACED 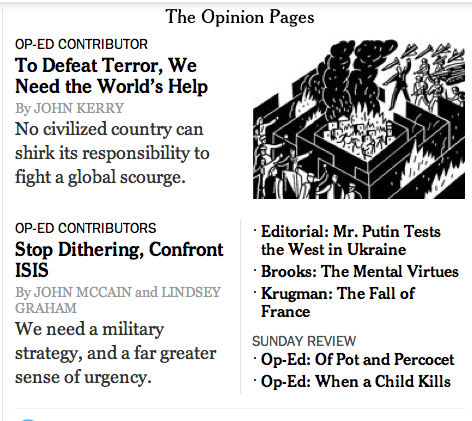 Here is the front page of yesterday’s New York Times, one of the world’s top Zionist warmongering rags.  Like the War on Drugs, the War on Terror is a total mess because the entire concept is insane due to the fact that raging empires are causing both.  John Kerry, who wrote his lunatic editorial refuses to see who the real terrorists are because he is a Zionist who has no mirror.  McCain learned nothing from the Vietnam war and wants wars all over the place all the time, being deranged himself.  We caused this: Syrian exodus reaches 3 million – UN.  Before the US and Israel decided to decapitate Assad, there were zero refugees and no one was being beheaded or stoned to death in Syria.

END_OF_DOCUMENT_TOKEN_TO_BE_REPLACED

Chair of DNC says: ‘Israel is our rightful place… a place for us to go’

As race wars rage here in the US, the Democratic Party and the Republican Party both throw gasoline on these fires and the core cause at this point isn’t the simple white racism of Jim Crow.  It is more the tribal reflexive hate that is due to races and religions seeking privileges, not civil rights for everyone.  The GOP is obvious in this regard but the DNC does it just as much, as it seeks to build a power base in the minority communities.  What is really odious is how racist Jews are demanding we ignore citizenship to allow a flood of illegal aliens into the country so they can be exploited by liberal Zionists in America as a power base.

END_OF_DOCUMENT_TOKEN_TO_BE_REPLACED

U.S. halts missile transfer requested by Israel so…Israel simply went behind our diplomatic back to steal these weapons from the Pentagon using insiders to OK this ‘deal’ which, of course, is ‘free’.  Sort of like bank robbers using tellers to get money and then get away!  This news is all over Israel and the WSJ also ran it which is interesting because normally, this sort of news is totally hidden from Americans.  Google’s new feed, for example, doesn’t carry this story at all.  The Jewish owned NYT has nothing, either.  And has three reporters in Israel so they must have read this news there!

END_OF_DOCUMENT_TOKEN_TO_BE_REPLACED

The raving neonazi lunatic, Ms. Rubin who has a perch at the stable of Zionists who are the only ones allowed to write editorials for the warmongering Washington Post  is whining today about how Netanyahu’s stand in puppet, Obama, isn’t ENTHUSIASTIC about his role as AIPAC’s puppet!  A teachable moment in foreign policy – The Washington Post

His entire demeanor was that of a truculent teenager forced to perform some disagreeable chore. His lack of enthusiasm, verging on resentment for carrying out his obligations as commander in chief, is remarkable. Military action in Iraq may have some interesting consequences. It may drive home some hard foreign policy lessons for the public, politicians and pundits: