Release Of 9/11 Report Redacts Everything Israel Special Forces Were Doing That Day: Mystery Of FL 11 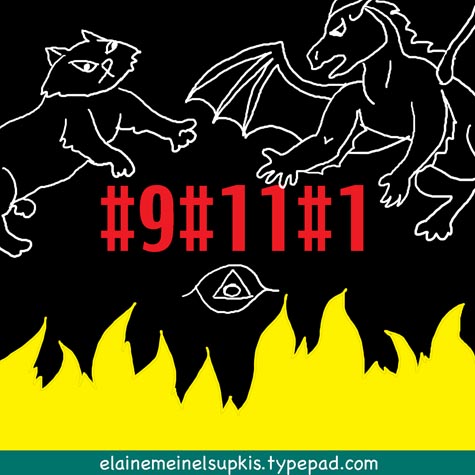 Daily News: Ashcroft Can’t Explain Why He Flew Fed Jets Only Before 9/11

On 9/11, a jet nearly crashed into my house.  It flew very slow and very, very low over us and we could read the AA on the tail easily and I thought it was disabled.  As it turned over the Hudson Valley and headed due south, I tried to contact authorities to report this odd event.  This is the plane where the first death took place, it was a Mystery Man who was only later revealed to be an Israeli special forces agent.  This person is now at the center of a growing fight over redacted material about him and his role in everything.

END_OF_DOCUMENT_TOKEN_TO_BE_REPLACED

The Lavabit news is huge inside the online community.  I have been on the internet since conception back when it was a NASA/Pentagon operation connecting various physics and astronomy and other departments.  From day one, the government was most anxious to spy on the scientists many of whom were quite naive about this.  I always assumed the government is spying on me online.  Not the slightest doubt.  But the libertarians who are the core of the internet systems and computer world figured out ways to evade government eyeballs and thus, the alternative web which was secretive, flourished.