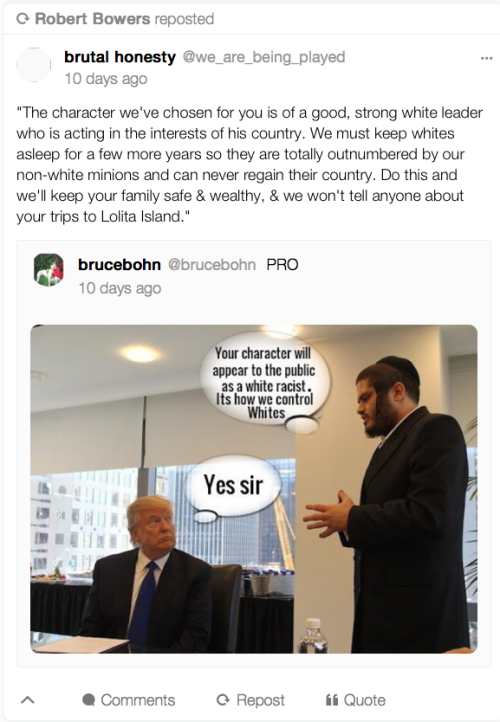 American Nazi member, Robert Bowers, hates Trump and posts show Trump as a Zionist tool: the above screenshot is from the neo-Nazi’s homepage.  He shows Trump as a tool of the Zionists.  This interesting website that proves totally that the killer who shot up the synagogue hated Trump, is left out of left wing stories about this murderer.  The mainstream media is so frantic about getting rid of Trump, they are causing immense harm to citizens and themselves.  This refusal to see or report important information so as to mislead the populace is causing huge social turmoil.  Especially young people who are naive are being driven from pillar to post thanks to news media systems lying about salient facts.

END_OF_DOCUMENT_TOKEN_TO_BE_REPLACED

I hope there are huge demonstrations about this torture report.  Both the GOP and the DNC approved of this torture and the support in Congress and with our Presidents for this torture of Muslims matches support for Jewish aggression against Muslims in the Middle East.  The other big issue here is how ‘homeland security’ was cover for a huge, massive looting expedition against the American taxpayers that has laid our economy to waste and caused social unrest as the authors of all this…BOTH PARTIES…allowed millions of illegal alien labor to pour into the country while both parties ran up immense budget deficits to reward the rich who paid for our expensive election commercials and other wretched things we are subjected to during election cycles which now seem to never end.

END_OF_DOCUMENT_TOKEN_TO_BE_REPLACED

The US spends most of its diplomatic capital protecting Zionists and enabling their plans for expansion and exploitation while at the same time, protecting vicious royals and sheiks of oil pumping nations to oppress their people and dominate Islam.  This bizarre business runs in tandem with the Global Warming insanity which claims that burning coal and oil is evil and is going to cause the sky to fall on our heads unless we run like scared sheep and rabbits into the cave where the bears and wolves live.

END_OF_DOCUMENT_TOKEN_TO_BE_REPLACED

The EU/US attempt at isolating Russia is causing the Althernative Alliances to grow stronger and more powerful as China, Russia and the other members of the BRIC group ignore the Western hysteria about nearly everything:  PressTV – Russia to build 8 power plants in Iran: Iranian minister

END_OF_DOCUMENT_TOKEN_TO_BE_REPLACED

US National Guards Will Work With Ukraine Nazi Storm Troopers 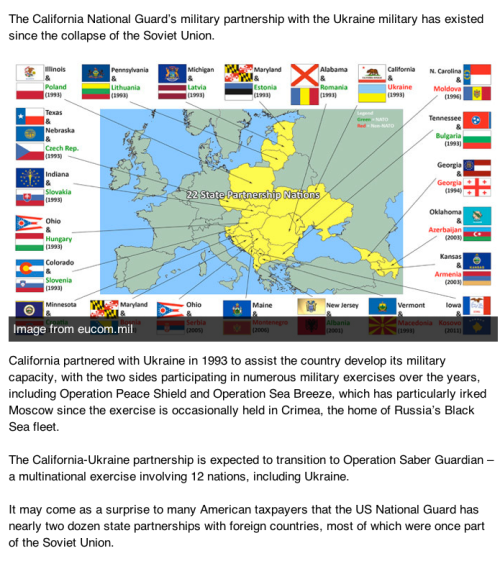 California and Ukraine National Guard gear up for military collaboration in 2015 — RT USA: The US has been invading Russian space for a long time now.  And is expanding this by putting all the former Warsaw nations into NATO and then plopping down missiles in these countries to deliberately menace Russia.  This is going to cause WWIII.

END_OF_DOCUMENT_TOKEN_TO_BE_REPLACED 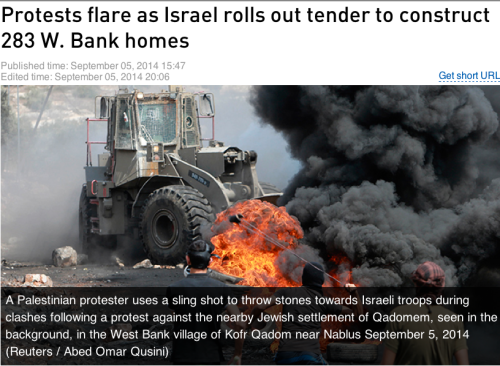 The evil expansionist Russians!  The terrible Putin…well, I read the Russian news to learn what on earth is going on because much of our news in Europe and America are heavily censored especially when it comes to Jewish crimes.  Here is today’s news: Protests flare as Israel rolls out tender to construct 283 W. Bank homes — RT News.  We are supposed to view the Russians as brutal, vicious killers who run bulldozers over people’s homes and run over little girls or shoot little girls who get too close to guard towers, etc.  Except this is all Jews doing this stuff!  And we are not allowed to know or talk about it.

END_OF_DOCUMENT_TOKEN_TO_BE_REPLACED

The people of the autonomous region of Crimea have decided to have a vote about being ruled by a gang of upstarts who overthrew and elected President totally illegally.  So they want to probably sever themselves from the US/NATO regime.  This, in turn, is causing the European confederation to issue threats:  BBC News – Ukraine crisis: ‘Illegal’ Crimean referendum condemned

In press conferences after the talks, German Chancellor Angela Merkel and EU Council President Herman Van Rompuy both said the Crimean referendum was contrary to the Ukrainian constitution and therefore illegal.