Swedish citizen who is Swedish, not foreign, is put in prison for tweeting ‘Many Muslim immigrants have no integrated into society.’  I keep pointing out: there is zero ‘free speech’ rights anywhere in Europe.  The EU is very brutal about debates: es ist verboten!  In England, for example, Tommy Robinson is being denied access to the internet and major news systems as the Soviet European State struggles to stop dissention within.

END_OF_DOCUMENT_TOKEN_TO_BE_REPLACED

Note how the New York Times makes it sound like ‘gay priests’ are ‘in a closet’ and ‘trapped’ when these men are all PREDATORS who seek out positions of power so they can RAPE CHILDREN.  Keeping this vital piece of information out of the story is how SJW creeps lie about reality while telling us, all sex is good if leftist radicals want sex of any sort no matter how depraved.

END_OF_DOCUMENT_TOKEN_TO_BE_REPLACED

The NYT lunatics ran the Kavanaugh was a teen rapist storyline all the way t hell and back again.  During the election, the sleuths at the NYT and other ‘liberal’ (sic) newsmedia, not one of them checked out the yearbook of the DNC winner in Virginia.  Northam was allowed to skip merrily into office right in the middle of the fake hysteria of the MeToo lunatic female lawyers howling like banshees.  They love Northam because he kills babies and is proud of this.

END_OF_DOCUMENT_TOKEN_TO_BE_REPLACED

The EU is collapsing internally.  Britain pulled out last year, in several countries, there is great violence and mayhem going on as various communities demand to separate from ‘countries’ that are all under the EU yoke.  Entire countries inside the EU are going bankrupt.  Bizarre policies and a push to have a war with Russia is causing chaos.  Illegal African and Middle Eastern men are invading and destroying capital cities in Europe.  Europe is a total mess.  These same forces want to destroy the US the same way: terrorists, race warfare, crime, treason is happening and of course, Muslims continue terror attacks.

END_OF_DOCUMENT_TOKEN_TO_BE_REPLACED

The memorial in Charlottesville was vandalized by ANTIFA gangs who were imported to fight the right wing that rallied there.  This is a total breakdown in law and order.  The media and the power people are demanding that everyone stand down while ANTIFA be allowed to run rampant.  Preventing ALL demonstrations is OK to keep law and order.  But this isn’t what is happening.  The ANTIFA get to run riot while if they get hurt or killed, they act as if they are not agents of their own messes. That is, they are violent and people encountering them become very violent, too.

END_OF_DOCUMENT_TOKEN_TO_BE_REPLACED 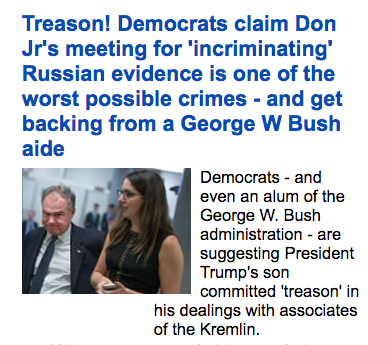 All these pictures are from the Daily Mail in England and it shows clearly how the mass media giants, after the catastrophe in Hamburg, Germany, are doubling down on the new fake news stories about Trump JUNIOR talking to anyone in Russia.  Hammering away on this silliness is even louder than the previous attempts that totally deflated when Project Veritas did those videos revealing that no reporters really believe all the clap trap.  This will never, ever end except in WWIII.  No one is going to be able to negotiate anything with anyone if the Bilderberg gang forbids this.

END_OF_DOCUMENT_TOKEN_TO_BE_REPLACED 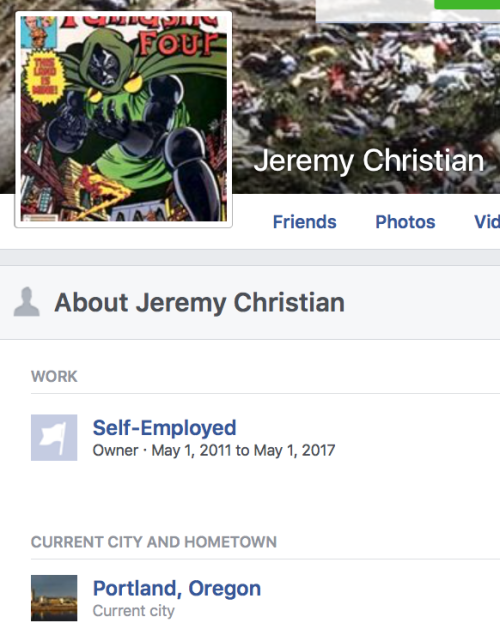 Jeremy Christian | Facebook has been downloaded by 0nline sleuths.  It turns out that Jeremy is not a white racist, he is a Bernie Sanders supporter who was unemployable and living with fellow SWJs in Portland, Oregon.  I was at the hospital an hour ago and CNN was still peddling the ‘white right wing racist’ killer story, and now this new information shows that the killer of two black men was really the polar opposite.  Will this become news?  Since our news is heavily censored, I doubt it.