The Republicans were working out when someone shot at them, several are in the hospital and we don’t know if anyone has died.  This just came in, I got it from Chinese news.  Alexandria, VA. The war on the GOP is becoming quite violent and the DNC gang better step up and tell their followers to stop it now or else.  Instead, I bet they will egg them on.  Oh, the shooter has been snagged.  We will learn much from him.  His facebook page shows he is a Hillary supporter.  And more news: he died of his wounds.

END_OF_DOCUMENT_TOKEN_TO_BE_REPLACED 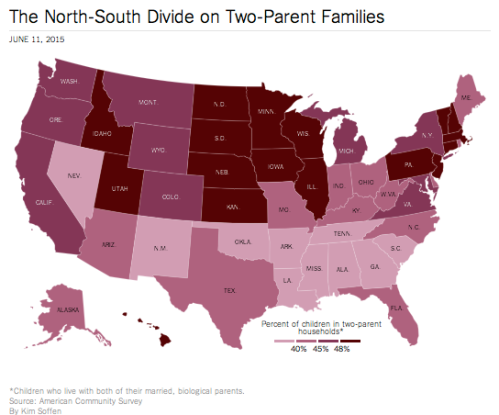 The New York Times has yet another article about a ‘study’ by professors that jump to ridiculous conclusions based on biased data crunching.  They do this with weather data and sociological data.  In today’s case, the professors claim that ‘Democratic voting’ states have better marriage rates than ‘Republican voting’ states which is a falsehood ignored by the NYT reporter.  Instead, comments at this story are almost all Democrats patting themselves on the back making fun of Republicans who want more marriages.  This is why I have been increasingly angry with liberals who refuse to understand why parts of the US are disintegrating.  It is an economic disintegration as well as cultural.

END_OF_DOCUMENT_TOKEN_TO_BE_REPLACED 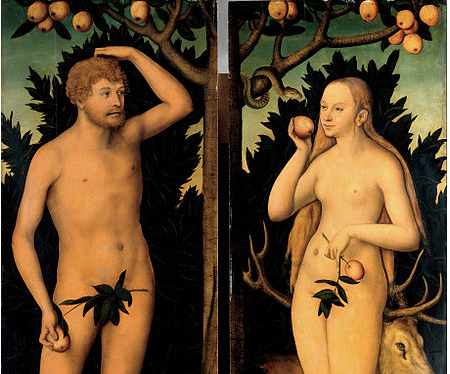 END_OF_DOCUMENT_TOKEN_TO_BE_REPLACED

Baltimore Riots Are All About Looting: Any Excuse Suffices Gangs Destruction Sprees 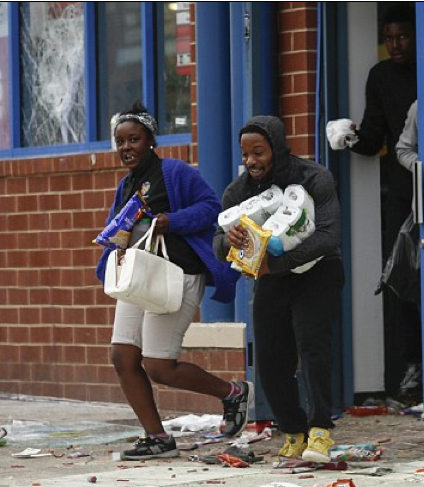 Shopping in the hood.  I have witnessed this in the past.  It takes very little excuse such as, ‘The lights went out!’ for some people to launch into a looting, arson rampage.  Any excuse no matter how big or small, can start this sort of economic activity.  The downside of this is obvious: virtually NO place ever recovers entirely from this sort of Xmas shopping where the stores are totally destroyed and neighbors terrorized.  The Democrats will be slaughtered this next election because of the party’s total ineptitude for preventing raging gangs from terrorizing entire cities.

The left believes if only cops never ever hurt anyone and handled repeat criminals with kid gloves, riots would never happen again. THIS IS UTTERLY FALSE.  After the mayor of NYC boasted about not killing a single black person when they torched and looted the city during a mere summer storm blackout, we had a massive rise in crime where the looting happened and it was a life and death battle to regain some sort of control of things.  You literally could not put a thing down or leave anything unlocked for a minute during the crime wave after the looting wave.  I called this ‘a continuous riot’.

END_OF_DOCUMENT_TOKEN_TO_BE_REPLACED 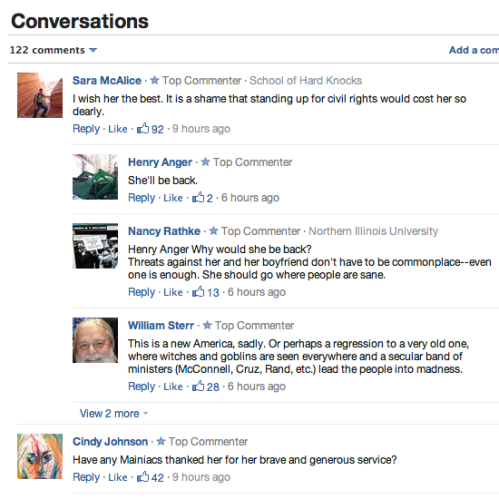 Huffington Post liberal comments about ebola showing how thoroughly they have been brainwashed into believing that quarantines are stupid.

Kaci Hickox, Nurse Who Fought Ebola Quarantine, To Leave Maine: Report: The entire Democratic voting base was tricked into supporting open borders to ebola carriers!  This insane policy was pushed hard by Democratic comedians, commentators, the far left in general and this was one of the most highly unpopular things the ‘Democrats’ ever, ever did with 80% of the public demanding ebola quarantines.  This, in addition to Ferguson and coddling black rioters plus the insane global warming hysteria as cold blasts the US repeatedly has driven the party nearly out of the political arena.

END_OF_DOCUMENT_TOKEN_TO_BE_REPLACED

Liberals Blame Everyone But Themselves For Record Defeats 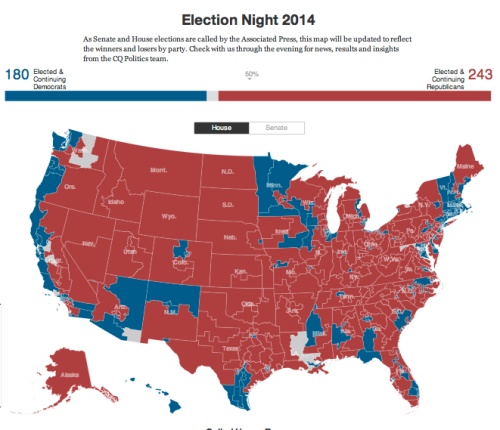 The Obama administration increasingly resembles the Nixon White House after the Watergate scandal began to unravel a President who previously won a landslide victory.  Obama is in hiding.  He hid during the entire election due to his gut reaction that he was very unpopular in all communities aside from high black population centers.  This is, as I have explained in the past, due to Ferguson.  Encouraging black riots is extremely toxic for a black President and it basically killed his political power.  Include the ebola refusal to quarantine and global warming taxes on CO2 and you get a perfect storm as liberals are now highly unpopular with the average, sane voter.

END_OF_DOCUMENT_TOKEN_TO_BE_REPLACED

Democratic Party Ignored ALL Polls And Plowed Ahead To Disaster

A political party that utterly ignores polls doesn’t exist very long.  Polls in England, for example, from left to right show that people there are extremely upset about sovereignty, angry with the EU regulations and demands for open borders and UKIP has mushroomed as a result.  Here in the US we have no real third party so the Republicans could lie to their voters about this and other key matters and pretend they will fix things when we know from the Bush era, they follow the Bilderberg policies which is why Congress is very unpopular.  The GOP now has to obey the polls and do things the Bilderbergs hate especially strengthen our borders which means pulling back our troops from the rest of the empire.  This will never happen and the ongoing collapse of the US/EU empires will not even slow down.