END_OF_DOCUMENT_TOKEN_TO_BE_REPLACED

After More GOP/DNC Attacks, Trump Strikes Back In Phoenix

As Order Out of Chaos continues (the slogan of the Real Rulers) the ANTIFA gangs which are bussed all over the country to attack Trump supporters arrived in Phoenix, Arizona, to do the usual violent rioting they have done nonstop all year long.  They are highly emboldened by the GOP/DNC/Fake News machine (aka: the Bilderberg gang) to attack Trump now.  Even yesterday, the head of the Senate GOP attacked Trump AND he also said that ANTIFA has no responsibility for the riots, it is all the fault of patriots…I see seething rage building at the base of the GOP which leaders seem to be at war with their own base now.

END_OF_DOCUMENT_TOKEN_TO_BE_REPLACED 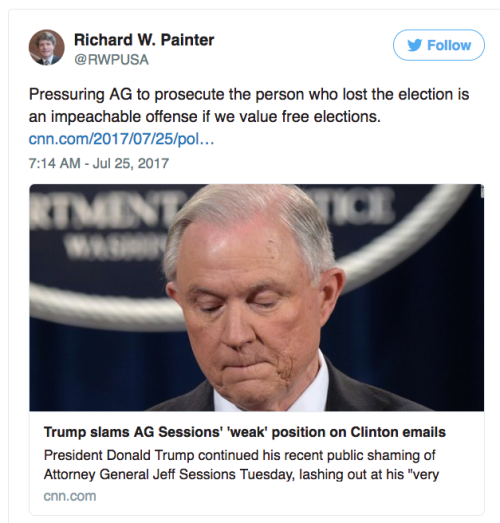 The ongoing coup against 50% of the US voters continues.  It is supported by a huge population of lawbreakers who mainly congregate in dying cities.  The fall of the US empire is classic in that the elites use the mobs to stop reforms and keeping the mobs happy is for a short while, easier than reforming important systems.  Then armies of displaced barbarians pour into these dysfunctional, no longer productive cities and loot them.  People forget, the looting of the Roman Empire wasn’t from the strongest of the invaders but the weakest who begged for temporary homes then turned on the weak government.

END_OF_DOCUMENT_TOKEN_TO_BE_REPLACED

‘Stick to modeling’: Gigi Hadid is savaged on Twitter for ‘racist’ Melania Trump impression in which she puts on Eastern European accent during debut hosting gig at American Music Awards which was a nonstop attack on US citizens who don’t live in NYC or LA.  All these rich, whiney people think no threshold is too low for them to attack the US future President.  I am surprised that they haven’t stooped to attacking Trump’s small children, too.  These clowns push their agendas which actually end up harming people they want to ‘support’.  Being dignified and sincere is far better for winning the Kulture Kampf wars in America.  Being whiney, vicious, cruel and sneering at everyone turns one into a villain…oops…you know, ‘villain’ is French for ‘villagers’ and my ruling elite family in England were the bad guys back then…hey!

END_OF_DOCUMENT_TOKEN_TO_BE_REPLACED

There is a huge streak of romanticism for criminals.  Medieval Europe was run by warriors who enslaved much of the population.  These rulers took over most of the forest and fen lands to hunt.  Anyone else caught hunting was punished very severely.  This is how Robin Hood was created but in reality, any hunters who had no permission were brutally hunted down, using dogs to do this.  Today, we have open areas for hunting in America and for a small fee, one can hunt like royalty.  I own my own land and even so, every year I still have to pay my hunting fees and get a license and show the game warden my tags.  On the other hand, anyone coming onto my mountain with a gun to hunt has to first get my permission before showing up with a gun.  Everyone tells me beforehand and ask for permission and then when succeeding, they share the booty with me.

END_OF_DOCUMENT_TOKEN_TO_BE_REPLACED

Cigarette And Liquor Stamp Taxes: Why Garner Had To Be Arrested And Why Cops Couldn’t Back Down

We have yet another rage over a police death of someone who was resisting arrest and not cooperating with the police.  Like all the other cases so far that have black politicians and leaders in a rage, the person involved, Mr. Garner of Staten Island, NYC, was breaking the law and more importantly, resisting arrest.  There is this fine line that is quite obvious between resisting arrest/running away from arrest and the amount of force needed by police to make an arrest.  In the case of Garner, he used his super size to force the police to put him under physical restraint because he even said, he was tired of being arrested.  The fact is, he was always breaking the law each time he was arrested.

END_OF_DOCUMENT_TOKEN_TO_BE_REPLACED

The Scouring Of The Shire: How Dispossessed English And French Normandy Peasants Rebuilt The Shire In The New World

This is rarely taught in American schools today: the series of revolutions and uprisings that swept the English countryside and how the freeing of the serfs led to them creating their own insular political system called ‘shires’.  The concept of a shire is very, very old and predates the Norman Conquest.  The Normans were few in number and quickly figured out how to exploit the shire concept and this is how the Normans moved wide and far, taking over things via the shire system.  Often this could be a bloody business as the old shire masters fought heroically back and this is where Robin Hood legends come from.  We should get rid of local policing. Ferguson shows why the system just doesn’t work. – The Washington Post is an editorial that claims the only way to run America is the Russian Czar system which Jewish immigrants are most familiar with and I say, as the daughter of the English system, this is a terrible solution!