The mysteries of money are discussed and analyzed.

The super rich Bilderberg gangsters tell us, if they make using cheap energy much more expensive people will change over to expensive forms of ‘green’ energy to survive.  This is the official position of all the world’s richest people: let them use expensive energy to survive!  This is the new ‘let them eat cake’ philosophy that drove revolutionaries into executing many European elites.  The Bilderberg gang continues to double down on destructive demands.  Arrest them all.

END_OF_DOCUMENT_TOKEN_TO_BE_REPLACED

Democrats Desperately Try To Destroy USA But Some DNC Vote With GOP So This Fails Miserably!

CIA agent Ray Epps continues to be protected by the corrupt Democrats after he was caught on camera, cooking up the DC riot last January.  We now have many videos showing him instigating a riot!  He is the only person who was found ‘utterly not guilty’ of doing this while he is the ONLY person caught on camera, doing exactly this.  He won’t appear in Congress to discuss his employment situation (CIA) even as Republican Senators demand he come before Congress to talk about his urging others to invade and attack Congress!  YouCan’tTube held up this video showing Ray Epps crimes for three days.  Finally, they let Liberal Hivemind publish it.

END_OF_DOCUMENT_TOKEN_TO_BE_REPLACED 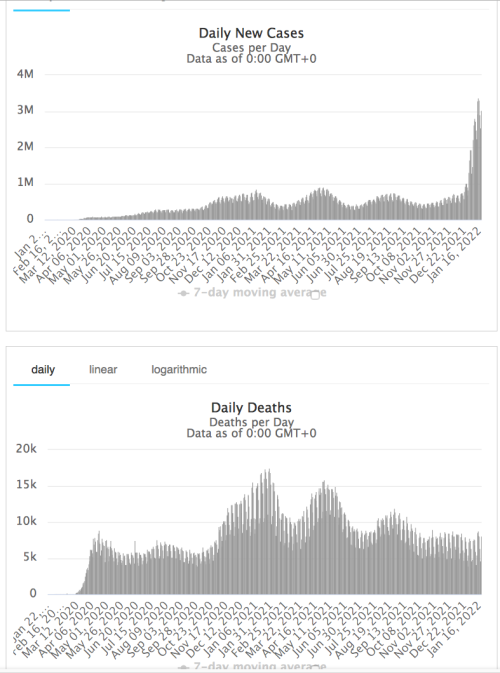 I have a vital interest in the 50 year severe virus cycles that kill millions of people every half century. This particular event is different from the Spanish Flu and Hong Kong Flu events in only one way: we have modern methods now to counteract these intense viral events which may or may not work. So today I will examine what is really going on and why hysteria about all this is useless. There are good lessons to learn, though. The first being, this happens every 50 years because of how evolution works over time.  Do note that the death rate, worldwide, remains flat even as masses are infected with this much weaker form of the virus compared to the much deadlier version in March, 2020.

END_OF_DOCUMENT_TOKEN_TO_BE_REPLACED

Basketball Owner Sobolik Says, ‘Who Cares About Uyghurs’ Being Annihilated By China Communists

Owner of the @warriors🏀 says he doesn’t care about the Uyghurs.

The conversation goes downhill from there.@chamath…

– questions whether a genocide is actually happening
– says the CCP isn’t a dictatorship
– says the US is no better than the CCP pic.twitter.com/qAwi7hUPvo

Anti-patriotic/pro-Chinese Dictators, basketball which has been falling off a cliff in popularity continues to sneer about how deals with China are more important than anything because it is money, money, money to them.  What is most painful is how liberals go lock-step with each other and thus, say and do things that are fascist or vile.  They are all so weepy about nearly anything and then turn around on a dime and are cold, nasty and outright evil when they don’t like the victims for political reasons.  This is why they generously let violent criminals out of prison to run riot and don’t shed a tear but get very angry at anti-Biden people and put these in prison with no trials!

END_OF_DOCUMENT_TOKEN_TO_BE_REPLACED

Times Square Ex-con deliberately pushed Asian lady into arriving train, timing this deliberately:  The murderous homeless black man stalked more than one woman when he looked for someone to push in front of a train in Manhattan.  The new Manhattan DA is pro-black criminal so I expect to see this sort of news every day from now on.  The mainstream media lied to the public about the new mayor of NYC.  He is a racist, evil man!  Duh!  Eric Adams says we merely…’perceive…fear.’   In other words, there is nothing to be afraid of, just ignore all the violent black thugs roaming the city, killing people.  I knew this would happen and hinted that this clown would be just like Mayor Dinkins.

END_OF_DOCUMENT_TOKEN_TO_BE_REPLACED

Fake liberals love to lie about anything and everything.  This is a prime example.  This should be front page news for all liberal publications and news media.  But it won’t.  So, 90% of all hate speech is aimed at white people and men in general.  There should be civil rights laws dealing with this.  I repeatedly say, the Civil Rights words talk about everyone, all racism is to be not tolerated.  Anti-white racism is just as bad as anti-semite racism or anti-black racism.  Sexes are protected and this emphatically includes all male sexes of any sort including heterosexual males.  Instead, we have this cruel double standard which is slowly turning around and dealing with anti-white/anti-male racism.  VERY slowly…

END_OF_DOCUMENT_TOKEN_TO_BE_REPLACED 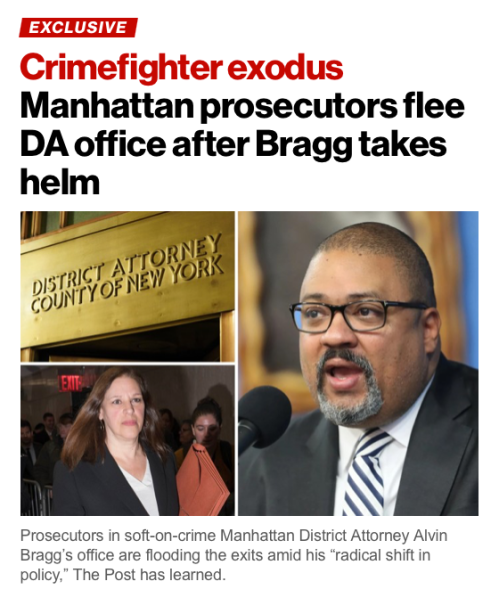 Giuliani stopped New York City crimes nearly totally.  The city thrived.  Now, ‘voters’ who are mostly illegal aliens and vote collectors who faked voting by people who seldom vote, rigging the elections in NY and California has led to insane people running things…off the cliff!  In both states, criminals no longer go to prison for crimes and crimes soar as law and order breaks down nearly totally now.  We see lawyers quitting the DA’s office in Manhattan now that a full blown communist radical is in charge and is only seeking to punish citizens who pay taxes or obey normal laws.  And they are going after Trump, of course as well as Giuliani!  Arrest the new DA Bragg.  Put him in prison.  Now.