Years And Years, I Warned Bush And Obama About WWIII And Have Proof 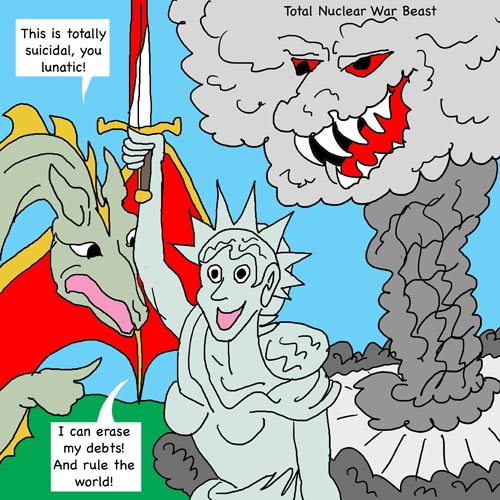 From 2011: Pentagon plans for WWIII continues towards conception.

When Obama won the last election, the first thing he did was not change the slightest thing at the Pentagon or CIA. All of his promises to voters were void. Today, these CIA and Pentagon guys run amok in the world spreading war and encouraging non-diplomacy. The most dangerous parts aren’t the many anti-Muslim wars, it is actually the raw attempt to surround China with hostile military actions via encouraging Japan, South Korea, Vietnam and other countries to lay claim to countless islands in the hopes this will provoke China into a sea battle with mainly our Pacific Fleet.

This is a great way to begin WWIII. Right now, the US thinks we can win this with a swift sea battle. Of course, all our present wars have been mainly against barely armed opponents such as Saddam who was totally disarmed by the UN before we attacked him, or Gaddafi who foolishly did the same thing and now regrets this greatly. Even with disarmed opponents, we can’t really win our wars so far and each one has bogged us down more and more and cost a fortune which is rapidly bankrupting our empire.

END_OF_DOCUMENT_TOKEN_TO_BE_REPLACED

How Did Wikileaks Get Their Information?

Wikileaks Vault 7 shows that Trump is blessed by someone who is watching and releasing vital information about how the CIA/NSA operates.  This interview is interesting to me because it comes somewhat close to how the Spook World operates when there is a power struggle.  There is 100% a power struggle going on, an outright coup on the part of the Bilderberg gangsters and people resisting this and supporting Trump, not the GOP.  This war is curious to me for it shows the fact that the CIA/NSA is not a monolith as we see from whistleblowers leaving or leaking.

END_OF_DOCUMENT_TOKEN_TO_BE_REPLACED 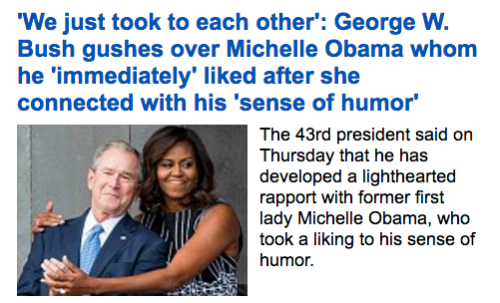 The Obamas have the same ‘sense of humor’ as the Skull and Bones Bush clan!  HAHAHA.  Thanks for the laughs.  George W Bush praises Jimmy Kimmel’s ‘damn good’ anti-Trump Oscars monologue and laughs along as the comedian roasts Donald as this monotonously continues.  Yes, the ‘comics’ owned by the Mainstream Fake News operations which are all Bilderberg operations, had Bush Jr, a drunk, on TV laughing about the GOP President and attacking the new President, too.

END_OF_DOCUMENT_TOKEN_TO_BE_REPLACED

It is astonishing how the gang of four, the Bush clan and Clinton clan are joining the Obamas in attacking a new President.  Finally, out of the shadows, we see clearly how the GOP and DNC conspire secretly to rule us with the help of media owners who are also Bilderberg gangsters.  They are openly trying to engineer a coup that is struggling to get off the ground due to Trump’s triumphant passage so they are reduced to constantly attacking Trump’s choices in Congress including smearing fellow party members in the GOP who are Congress people.

END_OF_DOCUMENT_TOKEN_TO_BE_REPLACED

Revealed; The Men Who Own and Run the U S Government – YouTube

Secretary of State Tillerson FIRES the deep state ‘shadow government/7th floor’ traitors from State! IT’S HAPPENING!  OMG, Trump is really going after the Bilderberg’s machine that enforces their draconian rule of the planet earth at our expense.  NOW I am in awe.  This is also highly dangerous because the Dark State (Mordor) has many minions who are Death Eaters so to speak, that is, assassins.  They get cover from the media that lies about assassins leading to fake stories popping up and covering the tracks of these people.

END_OF_DOCUMENT_TOKEN_TO_BE_REPLACED

While struggling to try to pretend to be ‘neutral’ the Bilderberg rag, NYT, writes a long article about Trump’s early successes at stopping the bleeding of US manufacturing jobs, walking a tightrope trying to sound ‘patriotic’ while attacking Trump.  The NYT has pushed for ‘free trade’ all my long life without exception.  And there never has been ‘free trade’ at all.  What we have is ‘transfer of US jobs overseas seeking cheap labor and high profits.’  What do we get in exchange for imported goods?  A gigantic national debt that grows monstrously each year to infinity which is totally unsustainable.

END_OF_DOCUMENT_TOKEN_TO_BE_REPLACED

From October 30, 2016, the White House issued this statement: The President has made clear that a smooth transition between administrations is one of his top priorities, and digital is a key component of that effort. While much of the digital transition is unprecedented in the United States, the peaceful transition of power is not. There are some important principles we can work from. Accordingly, we have been working to ensure that our digital transition meets three key goals.