NO ONE Is Running the Good Ship Britania! Good House of Lords!

The Ruling Elites thought having a vote on the EU project would confirm to voters that the Real Rulers are doing a bang-up fine job of it and to the horror of the string pullers, the British bull dogs came out in full yap and voted to leave the EU!!! I found this hilarious and now worse is happening to the elites:  Boris Johnson won’t run for Prime Minister after Michael Gove enters race

END_OF_DOCUMENT_TOKEN_TO_BE_REPLACED

Europe Disintegrates, WWI Is Remembered For Wrong Reasons, WWIII Will Destroy Everything 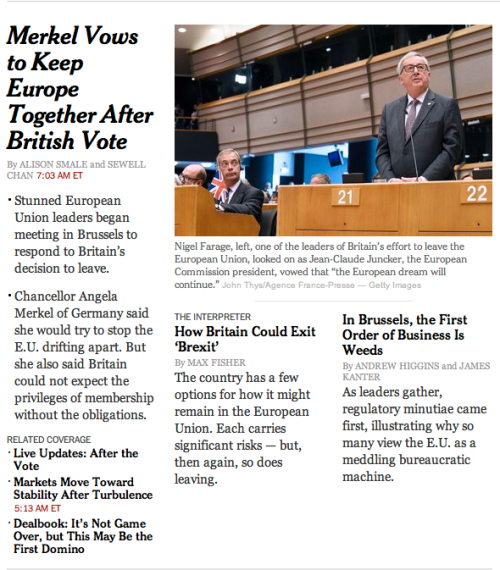 WWI and WWII, Britain and Germany struggled for power.  Back then, the biggest and richest empire on earth was the British Crown.  After these epic and hideous struggles for power, Germany lay in ruins and Britain was bankrupt.  The US saved Britain in both wars only to rebuild Germany who now dominates Britain nearly totally until this week when the British public clobbered the Germans hard in the political realm.  The shakedown this is causing is epic and it is time to review history for history is written in blood and the Goddess of History laughs demonically while writing because humans have a very poor learning curve.

END_OF_DOCUMENT_TOKEN_TO_BE_REPLACED

This makes ZERO news in the US media.  I go all around the world reading stuff and learned about this inevitable attack on one of the ruling elites in Germany.  Germany is on the verge of a major explosion after Merkel and her gang let in millions of angry Muslim males.  Now, the reaction is setting in and no surprise to me.  Ich kenne Deutschland, I went to school there in 1968 and was a part of the student rebellion which is why I was seized by the Staatspolizei and shipped home again.

END_OF_DOCUMENT_TOKEN_TO_BE_REPLACED

‘There was blood and body parts everywhere’: Terrifying moment ISIS suicide bomber blew himself up in Istanbul airport terminal in Brussels-style attack that left at least 41 dead and 239 injured as ISIS attacks main airport in Turkey in their terror campaign.  This is literal ‘blowback big time’.  The despot ruling Turkey was one of ISIS’ biggest supporters. Now, he has to pay the piper.  And Europe is in the crosshairs, too, ISIS said they would do this in Europe.  And the US.

END_OF_DOCUMENT_TOKEN_TO_BE_REPLACED 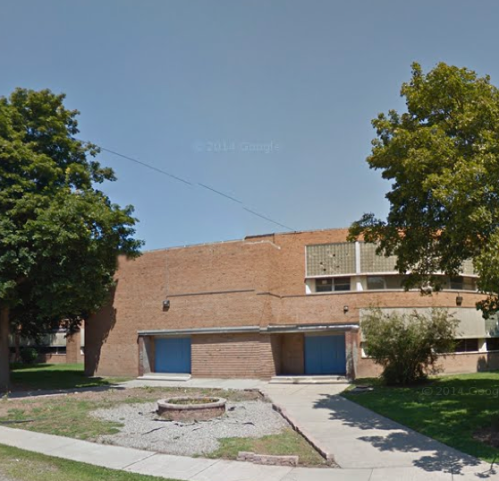 Real quick here: the NYT is very ‘liberal’ that is, deliberately clueless in order to keep the New World Order running on greased rails.  This means periodically writing idiotic article about how Detroit is coming back except it is all pure propaganda with ‘pull heart strings’ stories of individuals struggling to stay above the water in this ugly mess of a city created by Free Trade which killed manufacturing in the US.

END_OF_DOCUMENT_TOKEN_TO_BE_REPLACED

Pope Francis Says Church Should Apologize To Gays And Others It Has Hurt And Ask Their Forgiveness – the Pope is an activist.  Amazingly, he finally says something sensible!  The Church persecuted gays for over 1,000 years even when many inside the Church were very much gay.  There wasn’t mere persecution, the homosexuals running the Church were very much sadists and cooked up various evil tortures that were extremely sexual in nature as well as amazingly painful.  Now, the Pope wants to be forgiven for being part of this machinery of sexual deviant torture which is wonderful but he has to do more than apologize for this, he must examine this openly and denounce ALL the many, many crimes of the Catholic Church.

END_OF_DOCUMENT_TOKEN_TO_BE_REPLACED

This is a short posting today because a storm front with lightning is rapidly approaching and I get hit a lot by lightning and it blew away one of my computers in the past, right in my arms, no less.  So here is a Brit ‘comic’ who is on a major TV show in the US showing off his  New World Order credentials, howling about democracy in Britain being stupid and horrible:  John Oliver calls Boris Johnson a ‘shaved orangutan’ and David Cameron a ‘pig-f***er’ in nine-minute anti-Brexit rant on US TV| DailyMail Online

‘Cameron proposed the “in or out” vote himself,’ the bespectacled host explained, ‘which he normally only does when he’s deciding whether to f*** a pig’s mouth.’That was a reference to claims made in 2015 – and denied by Cameron – that the former PM had put his penis in the mouth of a severed pig’s head as part of a hazing ritual to enter an elite club while at Oxford university.

Note the stream of obscenities by this guy who has been set up and deliberately chosen to appear on TV as a ‘comic’ (no barrel of laughs) who is actually there to lead the masses of young people with little life experience, by the nose.  This gangster comic is an internationalist who wants no borders which is why he is infesting our TV stations here in the US.

The super rich and well-connected love the New World Order, they created the New World Order so they could kill unions, defy democracy, rule autocratically and not be taxed which is why the price of mansions and yachts shot up for the last 30 years while housing for the middle class is a disaster especially in all the former major manufacturing cities which now lie in ruins.  Meanwhile, the super rich bid up each other’s properties to multiple millions.

DONALD TRUMP Pledges to Strengthen Ties to Free and Independent Britain which has set the Bilderberg gang’s teeth to gnashing.  Want to know what hell looks like?  It looks like the news this week, howls from Wall Street and Threadneedle Lane and the German Reich and even Paris in between Muslim terrorists attacking everyone.