All Liberal Students Can Now Be ‘Persons of Color’!

So many strange things are happening now: North Korea is demanding nuclear WWIII and this makes zero headlines in the dying New York Times, students at the top, most expensive Ivy League schools are all now ‘persons of color’ so they can feel oppressed and needing even more babysitting help, and the crypto scams roar onwards to the inevitable total collapse and I say, this is interesting to watch for liberals are systematically driving everyone out of entertainment systems at the same time, making these collapse in value, too.  Watching people sabotage all systems is always interesting in a cold hearted way.

This year, Brown University applicants will have the opportunity to “self-identify” as people of color during the application process.  While the school says the policy change is intended to help students better describe their identity and background, some have questioned the ramifications of the move.

HAHAHA.  This takes the Pocahontas Syndrome to a new level.  The other day, I saw a video of a black ‘professor’ who was hired by a very liberal ‘university’ assail a white male student who had filthy dreadlocks, and she was screaming at him that only black students can do that disgusting and dirty hairstyle, not white students.

Now, the radicals at these various ‘schools’ that teach young people to be dysfunctional are screaming at white females telling them, they cannot wear hoop ear rings because it is stealing a fashion style from Hispanic students.  This lunacy is entirely the fault of the school systems when these are run by liberals.

Liberals have overrun all school systems in DNC run states and cities and have been waging cultural warfare against not just all the outsiders but against each other.  Segregated dorms are back with black and Hispanic students demanding segregation all over again.  The re-segregation being pushed by liberals and their allies is retrogressive but then, liberals are screaming for no free speech, too.

This is very annoying to me.  I was part of the original ‘free speech movement’.  Watching these wretches wreck it is very annoying but also, in a cold hearted way, very funny.  They are too stupid to understand they are aping Mad Madame Mao, one of the nastiest females in human history.

Young people are chasing each other down and attacking each other as well as their ‘teachers’ who trained them to do this.  The public education systems are in severe trouble due to letting students run riot especially in black schools.  Black violence has resegregated schools.

No sane parent dares send a white child to a school that is more than 60% minority.  This destroys their own children who are physically and mentally abused every day thanks to out of control black and Hispanic students.  This, in turn, is leading to the collapse of the entire public school system as voters and taxpayers either flee DNC cities or vote for reducing money for schools.

Student fakes being black to get into college – YouTube

Yes, the only way a young white male can get anywhere now is to fake it.  Want a scholarship?  Want a job?  Redesign oneself as ‘minority’.  This is the dead end of civil rights manipulations.

Now about the other scam: the crypto scam.

They should sue all the media and the bitcoin conmen.  Bitcoins were invented by white males who had few other money making options so they decided playing a rather ancient con game would work.

Magic money is always good fun when the magic isn’t being probed closely.  Many ancient stories about magic wealth usually ends with it disappearing once the victims discover fake easy wealth is very destructive for humanity.

All societies that suddenly get filthy rich end up bankrupt within 200 years.  Spain, when it began looting the New World, became very, very rich and tried to take over the world only to go utterly bankrupt.  Countries that never found El Dorado instead went into capitalism and the Industrial Revolution which skipped over Spain with Spain being weak and poor as England and Germany shot upwards due to investing in real industrial systems.

The trap for anyone playing a bubble game is simple: they sell out early on and boast about how they got rich with virtually no labor and no investment.  Then, as the bubble continues to grow, they invariably reenter the scam and try to double down again.

Generally, when one gets easy money, they spend it rapidly.  This is why people who win lotteries or get huge bonuses when they are performing at their peak, often lose it all and end up bankrupt.

It is the turtle and the hare.  Slow and steady is good, things that shoot upwards always end up falling back to reality again.  For some reason, human brains work best when not pampered.  The conquerers who take over other people’s wealth and enslaves them often end up barely better off than a vegetable after several generations.

The bitcoin scam is feeding off of fools who don’t know the history of bubbles or who imagine this time, the bubble will go to infinity and few humans understand that infinity is hell.  And since the yin and yang of the universe is an iron rule, they can’t trick their way out of this inevitability.

Balance, as Libra likes to remind us, means both sides of the scales must be equal and equilibrium is better than a shooting star and all shooting stars do this when dying.  While a huge star blows up rather quickly compared to yellow smaller stars, the smaller stars last much, much longer and can create life, a magical thing of greatest value, indeed. 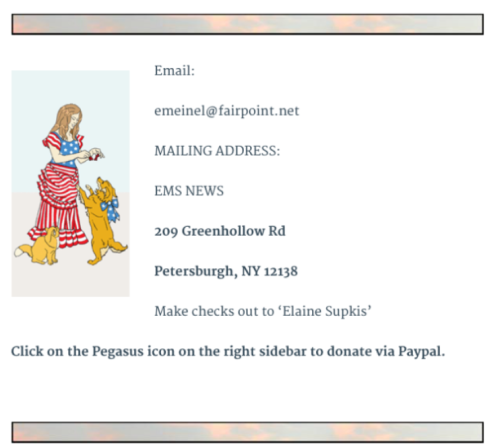 18 responses to “All Liberal Students Can Now Be ‘Persons of Color’!”